Shivananda Lahari is a treatise of one hundred verses on Shiva, composed by Adi Shankaracharya. The verses are steeped in lofty ideals of devotion, dispassion and spirituality. In this course, the verses are explained in detail in Kannada, based on authentic Sanskrit commentaries. 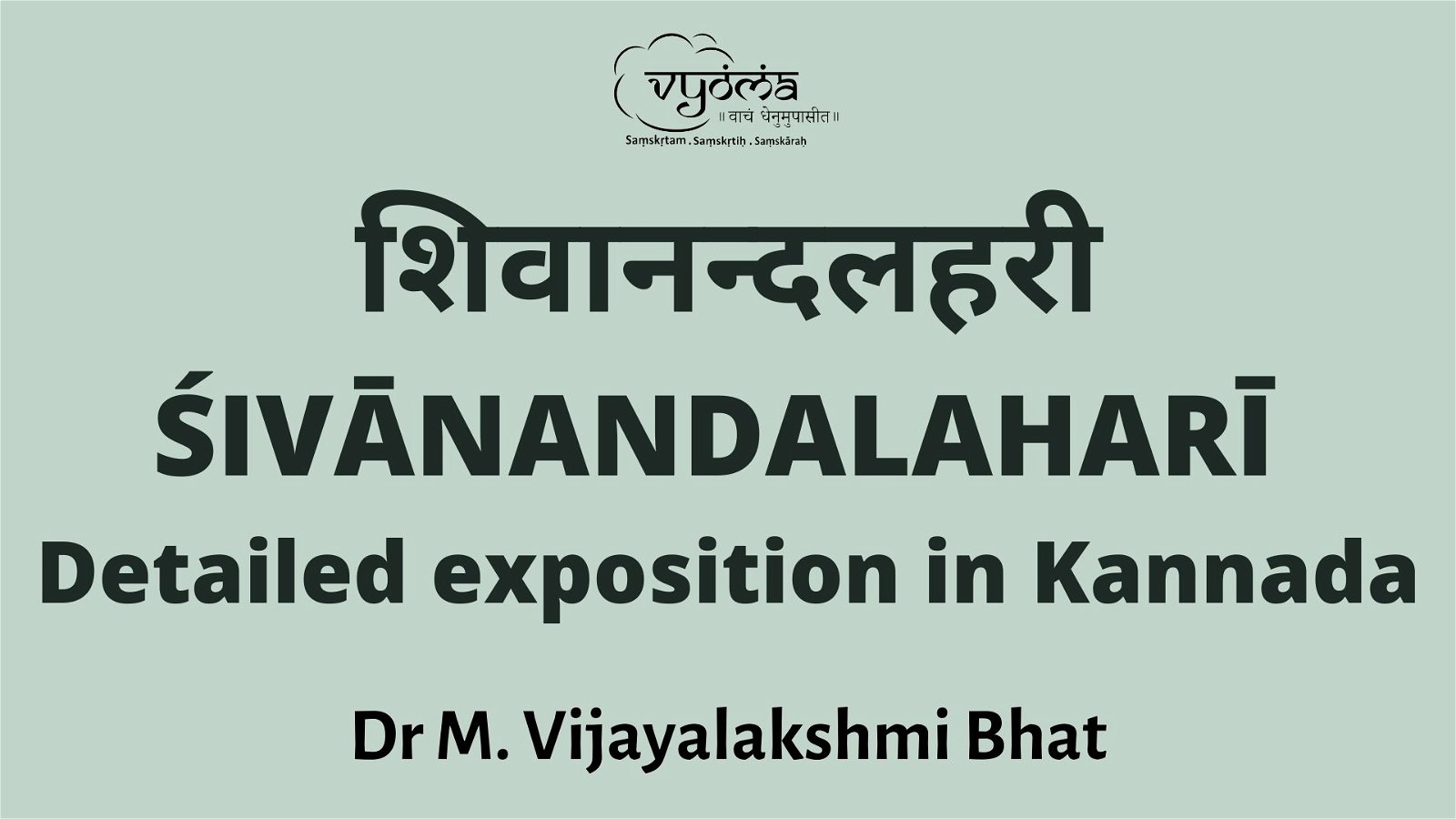 Shivananda Lahari is a treatise of one hundred verses, composed by Adi Shankaracharya. It literally means the "Wave of Auspicious Bliss". Adi Shankaracharya sings marvelously in praise of the Shiva which is immensely helpful to invoke bhakti in sadhakas. It was composed by Adi Shankara while staying in Srisailam, a pilgrimage town, in Kurnool district of Andhra Pradesh. It begins with an ode to Mallikarjuna and Bhramarambika, the deities at Srisailam. Unlike Soundrya Lahari, this stotra does not seem to have tantric implications. It is more simpler and enriched with several alankaras . Anyone reading this and understanding it would definitely become a richer man-rich because of the peace, steadfast mind and knowledge of God and Philosophy he gains. These verses are very potent in invoking the Grace of Lord Siva. They also contain spiritual ideas which are revealing, inspiring and insightful. One of the verses asks “Kim Durlabham” meaning what is impossible for one who worships Lord Shiva. The verses also caution readers against fruitless worship of superficial gods. With myriad aspects to look at the Shivananda Lahari, Shri Ramana Maharshi presents the text as a magna dictum of Bhakti.
This course covers all 100 verses of Shivananda Lahari in detail. The source shloka with line to line explanation in the order of anvaya is presented. Then there is a short translation followed by very detailed explanation of the verse, based on authentic Sanskrit commentaries.
There is no certificate offered currently for this course by Vyoma.
1. Scroll above and Click on "Enroll for Free" button.
2. If you have not signed in, you can sign in. If you are a new user, you can get a new account for free in less than 2 minutes.
3. Once you enroll, you can access all materials from your learning dashboard.
4. For any issues / questions, please check our FAQ page / contact our support team here.