This is a free live webinar course on Malavikagnimitram. Malavikagnimitram is a popular drama composed by Mahakavi Kalidasa. The work contains 5 acts describing the story of king Agnimitra and his Queen’s hand maiden Malavika, replete with several popular quotations and beautiful verses. In this course, Dr. Shobha Vasuki deals with the text in detail, explaining the dialogues, and the verses with anvaya and word-by-word meaning, in simple Sanskrit. 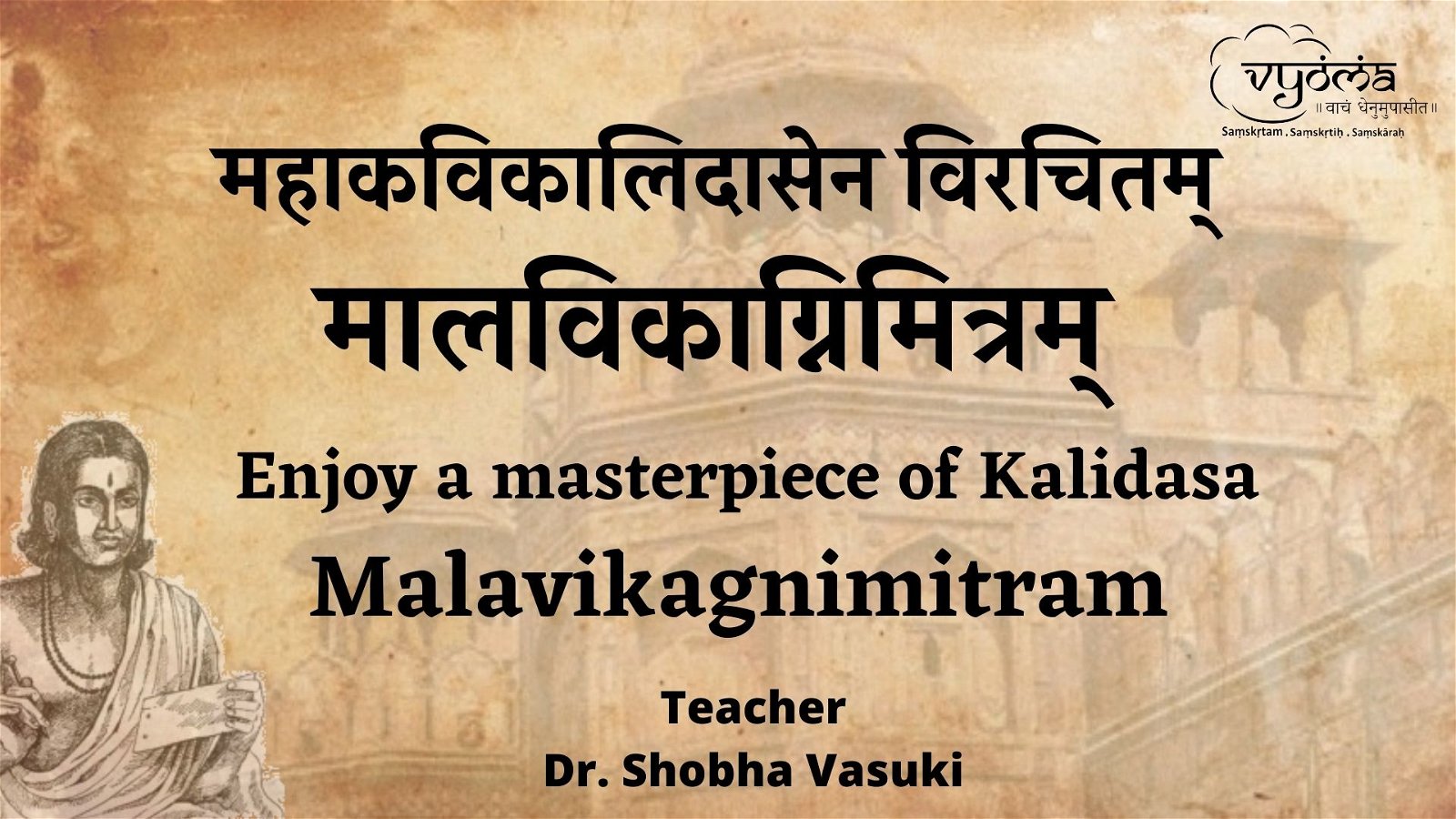 Malavikagnimitram is one of the 3 dramas penned by the great poet Kalidasa, and on analyzing the construction and language of the play, scholars opine that this must have been the earliest of the three. It is a Naataka in 5 acts, with the king Agnimitra as Naayaka (hero) and Malavika, a princess who is in the guise of the queen’s maid as the Naayikaa (heroine). The main rasa is Shringara, but the drama also excels in the portrayal of other rasas, such as haasya (humour). There are also several aspects of music and dance which are woven into the plot deftly by the poet.
Malavikagnimitram is prescribed for study in several graduate level Sanskrit examinations, and the 4th level of Chittoor board exams.
Complete Malavikagnimitram of Kalidasa
There will be an Assessment conducted at the end of the course, and you will get an e-certificate from Vyoma Labs if you clear the assessment with 60% or more marks. Course end assessment may be written or computer based test (CBT).
1. Scroll above and Click on "Enroll for Free" button.
2. If you have not signed in, you can sign in. If you are a new user, you can get a new account for free in less than 2 minutes.
3. Once you enroll, you can access all materials from your learning dashboard.
4. For any issues / questions, please check our FAQ page / contact our support team here.