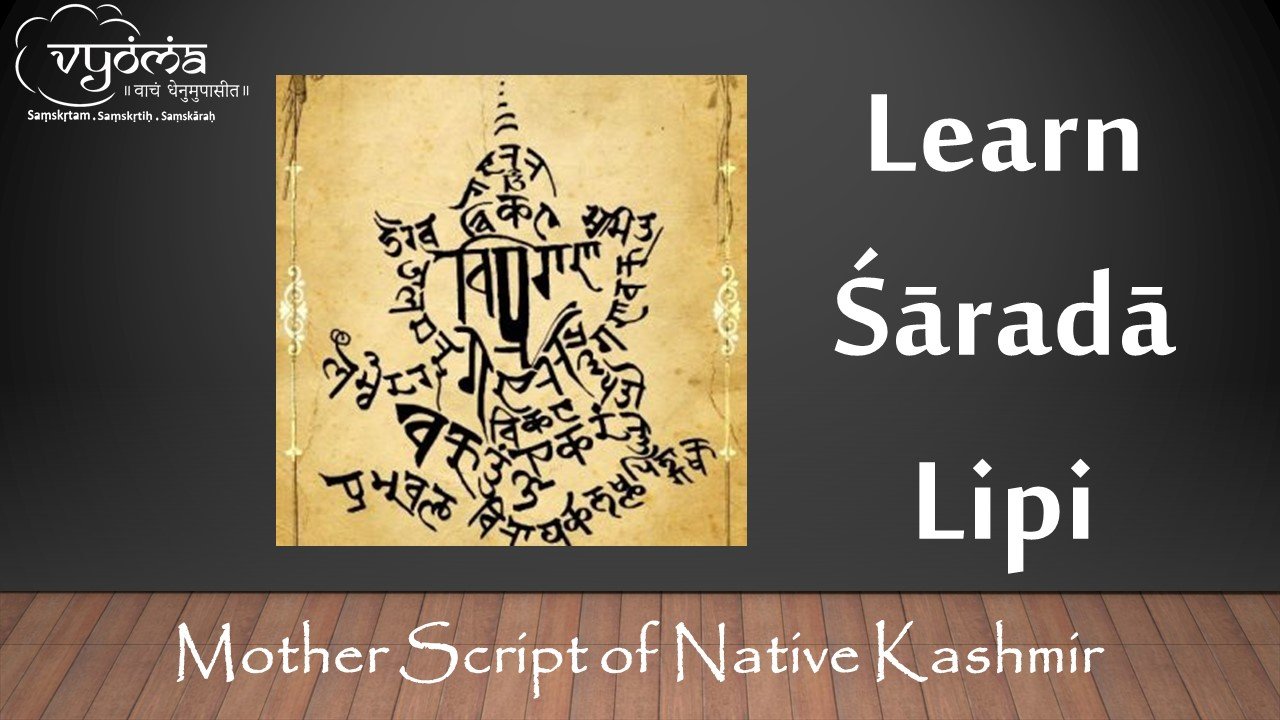 Sharada script is a writing system based on the Brahmic family of scripts and was well flourished in Northern India especially Kashmir, Himachal Pradesh and Punjab in 13th century AD. Sharada texts have been widely found in Afghanistan; The Sharada inscriptions all seem to date to the 8th century CE.
Even now the scripts which are well known like Gurumukhi, Takri are derived from the Sharada script.
It is believed that there is a good haul of Sharada manuscripts in several places in the country like Nalanda, Hoshiarpur, Madurai, Chennai and Mysore, and in Nepal. There are thousands of manuscripts in various Libraries in India written in Sharada. This lipi is the mother of all the lipis in native Kashmir. The efforts to revive Sharada Lipi will open an ocean of the Knowledge to the whole world, bringing to light information hidden in the manuscripts.
All aspects of the script are taught in this course viz. Vowels, consonants, matras etc. Special symbols for conjunction of letters are also taught.
There is no certificate offered currently for this course by Vyoma.
1. Scroll above and Click on "Enroll for Free" button.
2. If you have not signed in, you can sign in. If you are a new user, you can get a new account for free in less than 2 minutes.
3. Once you enroll, you can access all materials from your learning dashboard.
4. For any issues / questions, please check our FAQ page / contact our support team here.