A study of Yogadarshana of Patanjali

Yogasutras of Patanjali are considered to be one of the foundational texts of Yoga system of Philosophy. There are 194 sutras divided into 4 paadas titled Samadhi paada, Saadhana paada, Vibhuti paada and Kaivalya paada. These sutras are explained in this course with the help of the Rajamartanda vritti (commentary) of Bhoja. 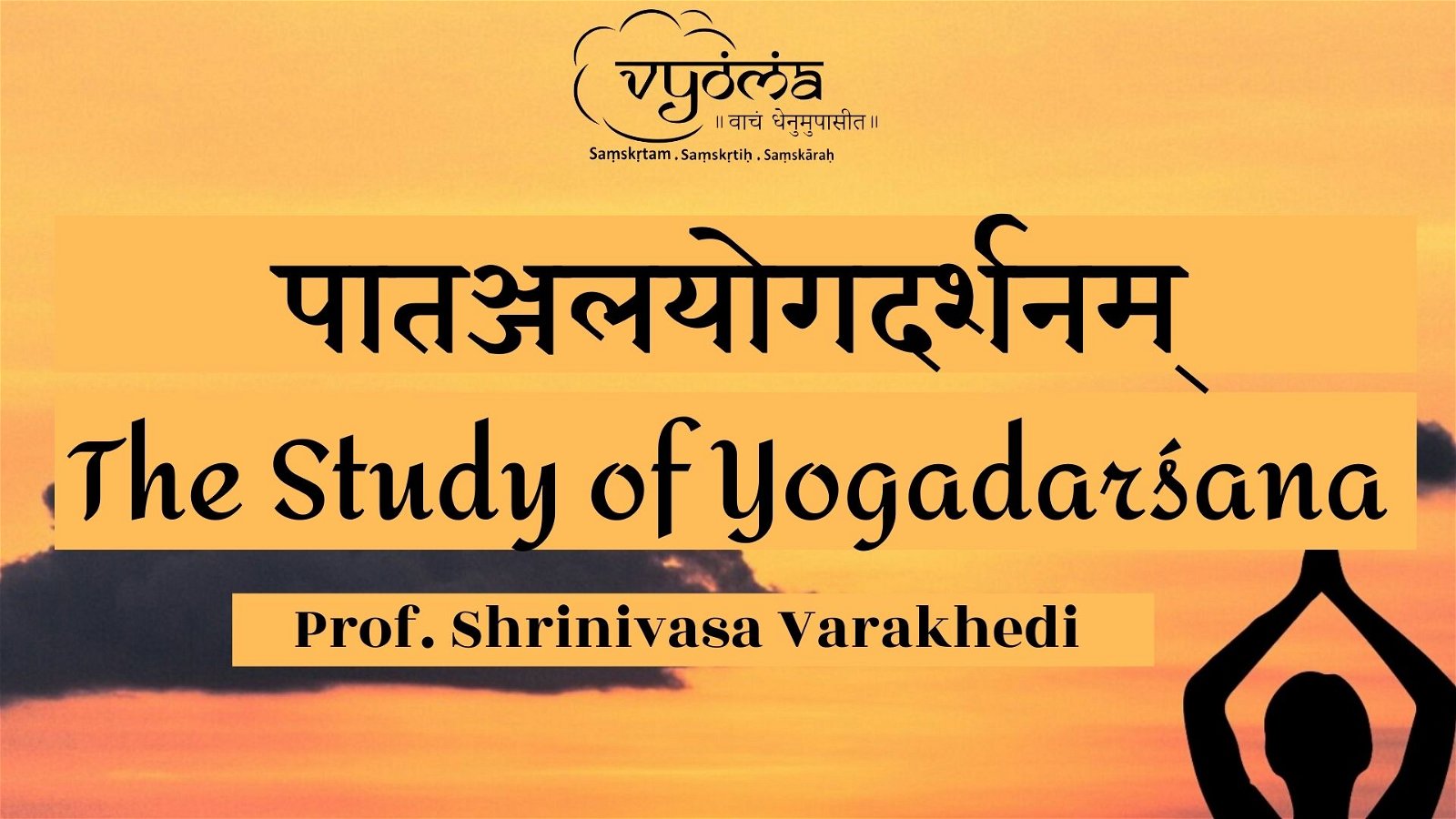 Patanjala Yoga Darshana also called as Yoga Sutras of Patanjali is a collection of 194 Samskrita Sutras written by Maharshi Patanjali on the philosophy of Yoga. It is one amongst the 6 Darshanas (षड्-दर्शन). Yoga Sutras are divided into four Parts (पादाः) as Samadhi, Sadhana, Vibhuti, and Kaivalya Pada respectively. Maharshi Patanjali is considered the Pravartakacharya of Yoga Darshana, is the author of several Samskrit works. Mahabhashya and Yoga sutras are the famous and presently available works of Patanjali. It is also believed that Patanjali has also written Charaka Samhita as stated by the following Shloka pada- ‘योगेन चित्तस्य पदेन वाचां मलं शरीरस्य च वैद्यकेन’. There are many commentaries written on Patanjali’s Yoga sutras, Raajamaartanda Vritti is one of them, which is written by King Bhojadeva who has authored more than 16 works.
This course covers all the 194 yogasutras of Maharshi Patanjali. Rajamartanda vritti commentary on the yogasutras written by Bhojadeva is explained in this course. Yoga sutras are divided into four Padas namely Samadhi pada, Sadhana pada, Vibhuti pada and Kaivalya pada.
There is no certificate offered currently for this course by Vyoma.