The Study of Vaisheshika Darshana

A course for the study of Vaisheshika Sutras of Kanaada. Veteran scholar Prof. Shrinivasa Varakhedi explains the basic tenets of Vaisheshika Darshana in shastriya Samskrita. Prashastapada Bhashya will be taken for main reference which follows the source text closely but also gives much more detail. Shankara Mishra’s Upaskara Vrutti will be followed for explanation of the source text. 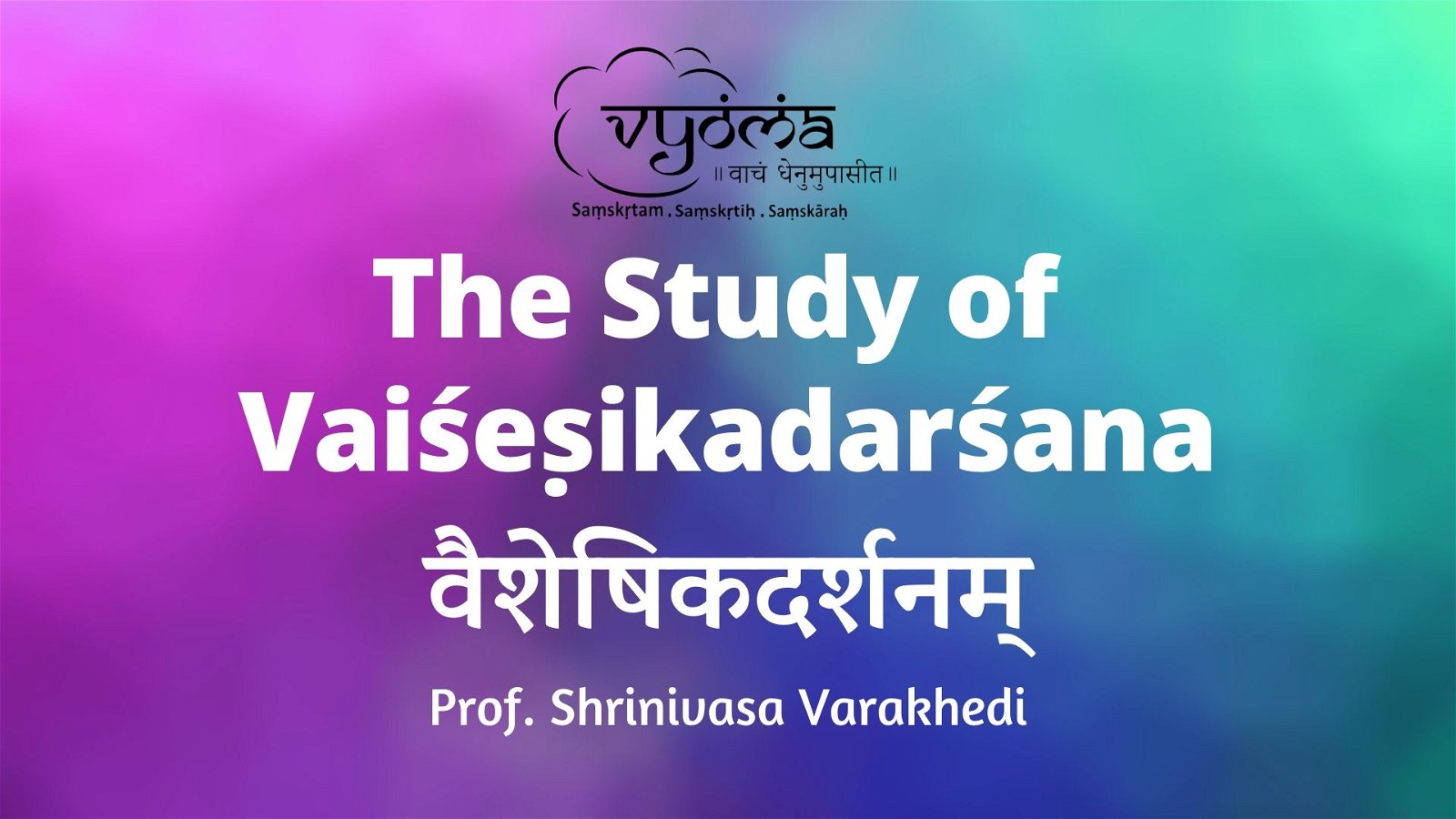 काणादं पाणिनीयं च सर्वशास्त्रोपकारकम्।
The काणादशास्त्र or Vaisheshika system is one among the major shad darshanas or six philosophies of Bharat, the others being – Nyaya, Meemamsa, Vedanta, Yoga, and Sankhya. It is Sage Kanada who propounded the Vaisheshika system popularly called Padartha shastra. It deals with material entities and the Physical World. Kanada holds that one will attain Liberation by knowing the characteristics of the entities. Means of valid knowledge is what the Nyaya system deals with. Though scholars understand Nyaya and Vaisheshika systems as identical ones, they are different in many respects.
The Vaisheshika system deals with the establishment of Isvara by inference, explanation about Dharma & Adharma, the necessity of Samavaya, Vishesha, and other entities like Shabda in contrast to Nyaya shastra. The Vaisheshika has categories not only for space-time-matter but also for attributes related to the perception of matter. It starts with six nameable and knowable categories (Padarthas). The categories are Dravya (substance), Guna (quality). Karma (motion), Samanya (Universal), Vishesha (particularity), and Samavaya (inherence). The first three of these have objective existence and the last three are a product of abstraction and intellectual discrimination.
Vaisheshika Darshana Sutras of कणाद will be studied. Prashastapada Bhashya will be taken for the main reference which follows the source text closely but also gives much more detail. Shankara Mishra’s Upaskara Vrutti will be followed for an explanation of the source text.
There is no certificate offered currently for this course by Vyoma.
1. Scroll above and Click on the "Enroll for Free" button.
2. If you have not signed in, you can sign in. If you are a new user, you can get a new account for free in less than 2 minutes.
3. Once you enroll, you can access all materials from your learning dashboard.
4. Link to join the live classes will also be available from your learning dashboard.
5. For any issues/questions, please check our FAQ page / contact our support team here.