Vairagya Shatakam is one of the three popular Subhashita-collections attributed to Bhartrhari, viz., the Shatakatrayi. This course explains the verses of Vairagyashatakam in simple Tamil. 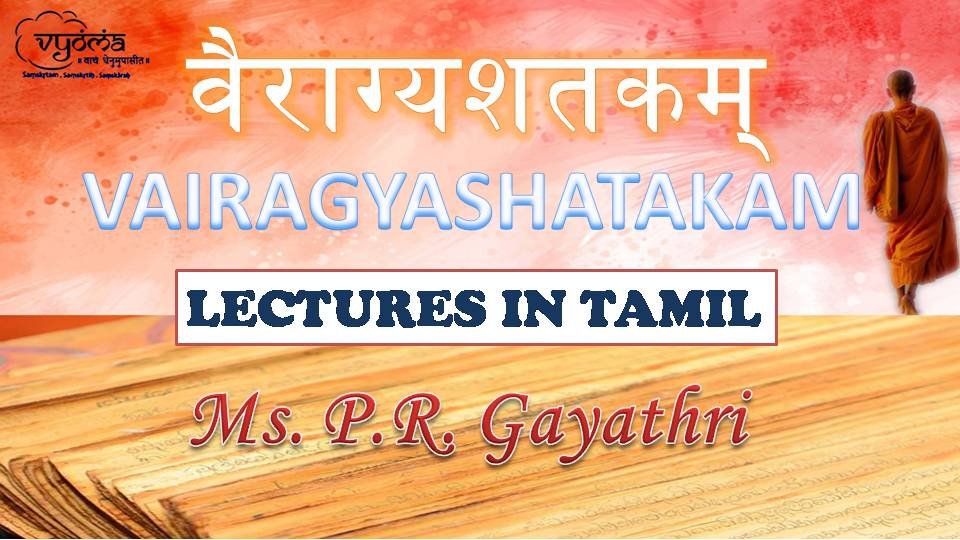 Vairagyashatakam is one of the three series of hundred verses (Shatakatrayi). As the name suggests, the main theme is renunciation. It is a masterpiece by the king turned into ascetic Bhartrihari.
"These Shlokas can generally be grouped into ten divisions: condemnation of desire, futile attempts to abandon sense-objects, condemnation of poverty of a supplicant attitude, delineation of the evanescence of enjoyments, description of the working of Time, comparison of a king to an ascetic, control of mind by stimulating wisdom in it, discrimination of the immutable reality from the mutable, worship of Lord Shiva and the ways of a self-realized ascetic.”

– Swami Sivananda Saraswati
All verses of Vairagyashatakam are covered in the course.
There is no certificate offered currently for this course by Vyoma.
1. Scroll above and Click on the "Enroll for Free" button.
2. If you have not signed in, you can sign in. If you are a new user, you can get a new account for free in less than 2 minutes.
3. Once you enroll, you can access all materials from your learning dashboard.
4. For any issues/questions, please check our FAQ page / contact our support team here.