Svapnavasavadattam of Bhasa is one of the masterpieces of Sanskrit Drama. It is a 6-act drama focussing on the love between the Vatsa king Udayana, and Vasavadatta, the princess of Avanti. These audio lectures by Smt. Visalakshi Sankaran explain the entire drama in simple Tamil. 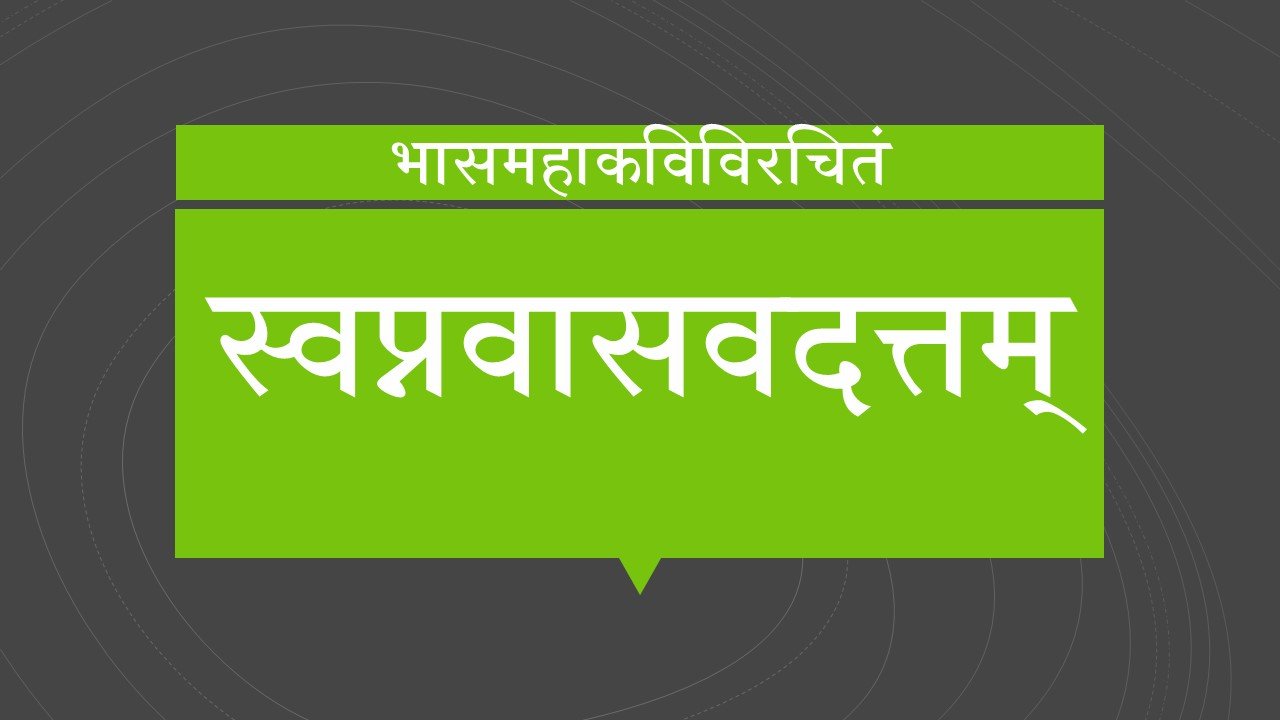 Svapnavasavadattam of Bhasa is one of the masterpieces of Sanskrit drama. Considered among the finest specimens of development of plot, sentiment and character, this drama is hailed as the best creation of Bhasa.
The drama derives its name from the famous dream scene in the fifth act, where Udayana is talking to Vasavadatta in his dream, while the real Vasavadatta is answering his questions. It is a beautifully crafted scene, demonstrating the lasting affection between the two protagonists.
Svapnavasavadatta is a 6-act drama focussing on the love between the Vatsa king Udayana, and Vasavadatta, the princess of Avanti. The king’s minister, Yaugandharayana, hatches a plan to get Udayana married to Padmavati, the princess of Magadha, so that Udayana can get back his kingdom with the help of the Magadha king. Knowing that Udayana will not look at another woman as long as Vasavadatta is alive, Yaugandharayana creates a situation in which Udayana is made to believe that Vasavadatta was killed in a fire. Vasavadatta in disguise is placed under the care of Padmavati herself. Udayana marries Padmavati and regains his kingdom. In the end, Vasavadatta is happily reunited with Udayana.
There is no certificate offered currently for this course by Vyoma.
1. Scroll above and Click on "Enroll for Free" button.
2. If you have not signed in, you can sign in. If you are a new user, you can get a new account for free in less than 2 minutes.
3. Once you enroll, you can access all materials from your learning dashboard.
4. For any issues / questions, please check our FAQ page / contact our support team here.