Soundaryalahari is one of the most popular stotras composed by Adi Shankaracharya, containing 100 verses describing the glory of Tripurasundari. In this course, the verses are explained in detail in Kannada, based on authentic Sanskrit commentaries. 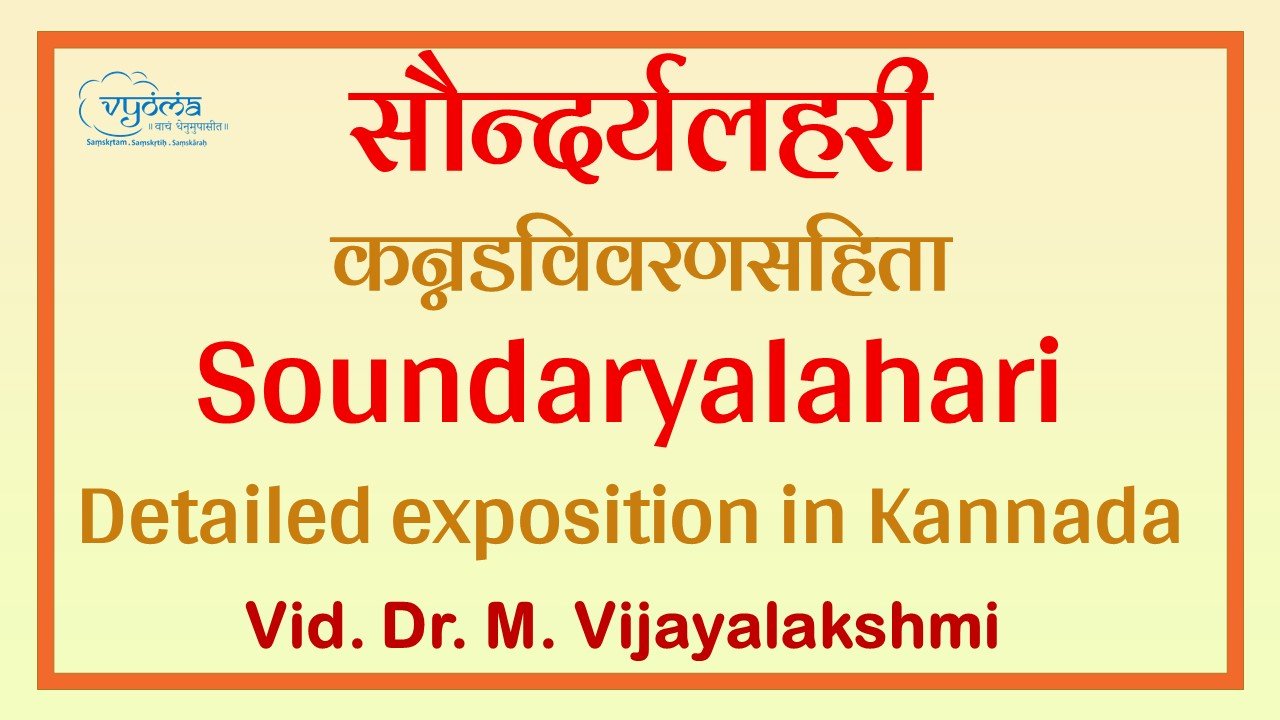 Soundarya Lahari is a treatise of one hundred verses, composed by Adi Shankaracharya. He sings marvelously in praise of the Shakti which is immensely helpful to invoke bhakti in sadhakas. The verses eulogize the beauty, grace and munificence of Goddess Lalita, the consort of Shiva. The text is divided into two parts- Anandalahari or waves of happiness is the first part and has 41 verses, dealing exhaustively with the Ananda attained in worshiping Her. The next part Soundarya lahari, meaning waves of beauty, consists of 59 verses, mostly describing Her physical beauty, both grossly and subtly. These 100 verses are very powerful among mantra sahitya. The recitation of particular stanzas and worshiping the yantras helps the sadhaka to attain anything in the material world. In Sanskrit alone, more than 36 commentaries are written for this work on Supreme Deity. The most famous one is that written by Lakshmi Dhara, whose commentary is used in this work to reach at the meaning of the different verses. The Soundarya Lahari is not just a simple poem in Samskrtam, but is a tantra textbook, providing a lot of directions on pooja vidhana and offerings. Many yantras, almost one to each shloka are internally described. The text also explains spiritual ways of devotion and details the fruits that one is going to attain in detail.

This course covers all 100 verses of Soundarya Lahari in detail. The source shloka with line to line explanation in the order of anvaya is presented. Then there is a short translation followed by very detailed explanation of the verse, based on authentic Sanskrit commentaries.
There is no certificate offered currently for this course by Vyoma.
1.Scroll above and Click on "Enroll for Free" button.
2.If you have not signed in, you can sign in. If you are a new user, you can get a new account for free in less than 2 minutes.
3.Once you enroll, you can access all materials from your learning dashboard.
4.For any issues / questions, please check our FAQ page / contact our support team here.