Shivamahimnah Stotram - Discourse on the glory of Shiva

Shivamahimnah stotram is a very popular stotra on Lord Shiva. It is believed to be composed by Pushpadanta, a gandharva who was cursed by Lord Shiva, to seek his forgiveness. These Kannada discourses were delivered by Sri. Shrivathsa B at the Shankara Matha, Bengaluru, following the commentary of Madhusudana Sarasvati. 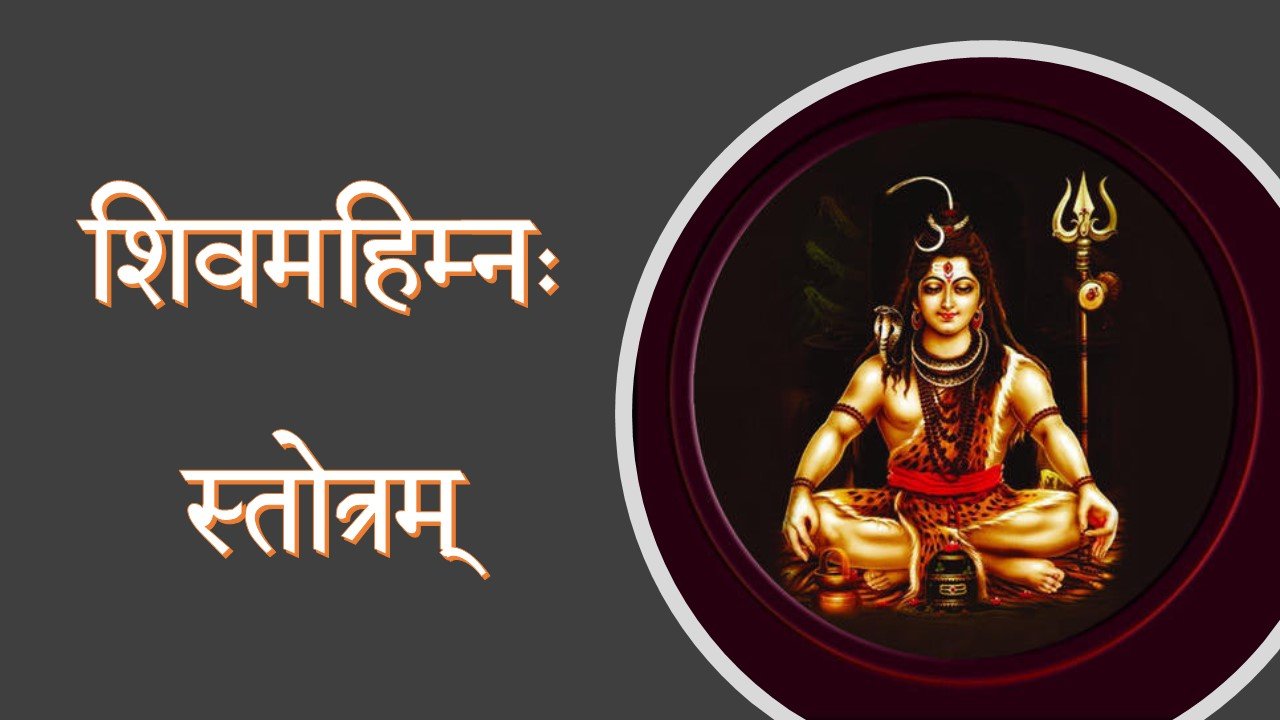 The Shiva Mahimnah Stotra is very popular among the devotees of Lord Shiva and is considered one of the best among all Stotras (or Stutis) offered to Lord Shiva. Shiva mahimnah Stotra has 43 verses in Sanskrit.
A king named Chitraratha, who was a great devotee of lord Shiva, had constructed a nice royal garden . There were beautiful flowers in this garden, which were used every day by the king in worshipping Lord Shiva. One day a Gandharva (Heavenly Singer in the court of Indra, the Lord of the Heaven) named Pushhpadanta being fascinated by the beautiful flowers, began to steal them, as a consequence of which king Chitraratha could not offer flowers to Lord Shiva. He tried very hard to capture the thief, but in vain, because the Gandharvas have divine power to remain invisible. Finally the king spread the sacred Shiva Nirmaalya in his garden. Shiva Nirmaalya consists of the Bilva leaves, flower, etc. which have been used in worshipping Lord Shiva . The Shiva Nirmaalya is considered holy. The thief Pushhpadanta, not knowing this, stepped on the sacred Shiva Nirmaalya, and by that he incurred the wrath of Lord Shiva and lost the divine power of invisibility. He then designed a prayer to Lord Shiva for forgiveness. In this prayer he sung the greatness of the Lord. This very prayer became well known as the 'Shiva Mahimna Stotra'. Lord Shiva became pleased by this Stotra, and returned Pushhpadanta's divine powers. The legend has some basis since the name of the author is mentioned in verse number 38 of the stotram.
The benefits of reading the stotra are depicted in the stotra itself as – "Anyone who recites this hymn with a pure heart and devotion will be blessed with fame ( Kirti ), wealth (Dhanam), long life (Ayuh) and children (Sutaha) in this mortal world, and will attain Kailas, Shiva’s abode, after death." (Text 34)
"Benefit of singing Shiva mahimnah stotra is far greater than either the benefit of spiritual initiation (Deeksha ), charity (Daanam), austerity (Tapah), pilgrimage (Tirtha), knowledge of the scriptures (Jnanam), or the performance of ceremonial sacrifice (Yajna-yaga).” (Text 36)
The course consists of discourses on Shivamahimnah Stotram, with Madhusudana Sarasvati’s commentary (tika) as the major reference.
There is no certificate offered currently for this course by Vyoma.
1. Scroll above and Click on "Enroll for Free" button.
2. If you have not signed in, you can sign in. If you are a new user, you can get a new account for free in less than 2 minutes.
3. Once you enroll, you can access all materials from your learning dashboard.
4. Link to join the live classes will also be available from your learning dashboard.
5. For any issues / questions, please check our FAQ page / contact our support team here.