Sahityadarpana of Vishvanatha is one of the most popular basic texts of Sahityashastra, covering all the foundational concepts of Kavya and its varied aspects. It is universally studied by students of Sanskrit poetics. In the 3rd part of this series, Smt. Visalakshi Sankaran explains the Paricchedas 2,3 and 4 of the text in simple Tamil. These cover the various aspects of vaakya, a detailed exposition of rasa, characteristics of the various types of kaavya and the vyanjanaa vritti. 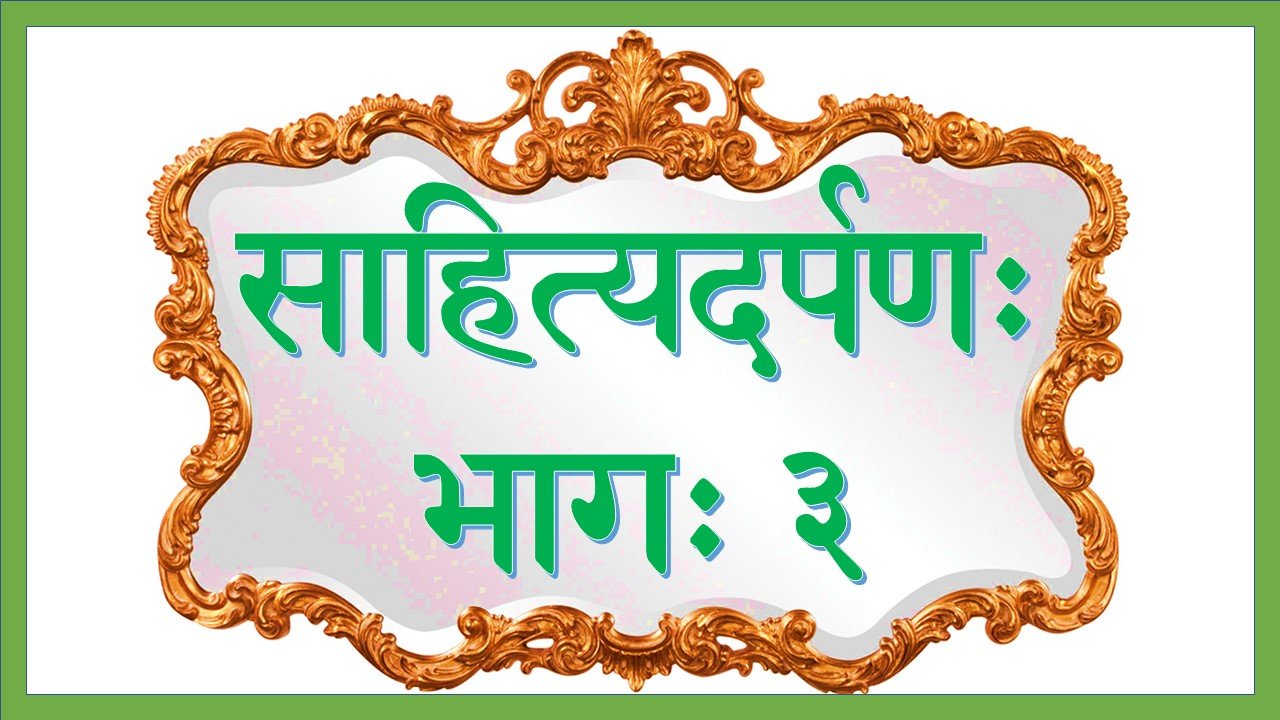 Sahitya Darpana is a Sahitya shastra treatise written by Vishvanatha Kaviraja. Sahitya Darpana is a text of ten chapters that deal with both Shravya and Drishya aspects of kavya shastra. Vishvanatha was a prolific poet, scholar, and rhetorician who ascended literary heights during the reigns of two successive Gangavamsi rulers of Kalinga King Narasimha Deva IV and King Nishanka Bhanudeva IV. He was born to an illustrious family of scholars and poets. His grandfather, Narayana Dasa, wrote a commentary on Gitagovinda and his father, Chandrashekhara also wrote a few poems. It is said that Vishvanatha was master of eighteen languages and he wrote equally easily in Samskrit and Prakrit. Prashashti Ratnavali is one of his works that he has supposedly written in sixteen languages. Some of his major works include Chandrakala Natika (playlet), Prabhavati Parinaya (drama), Raghava Vilasa (long poem), Raghava Vilapa (poem), Kuvalayasva Charita (poem in Prakrit), Prashasti Ratnavali (poem in sixteen languages), Narasimha Vijaya (poem), Sahityadarpana (study in aesthetics), Kavyaprakasha darpana (criticism), Kamsavadha (poem), and Lakshmistava (verses).

This is the 3rd part of the series on Sahityadarpana covering the 2nd, 3rd, and 4th paricchedas.