Rukmini Parinaya Mahakavyam, composed by Sri Krishnapremi Swamigal, contains 4 sargas describing the marriage of Krishna and Rukmini. First sarga of the kavya contains 91 verses in which Narada describes the qualities of Krishna and Rukmini to each other. In this course, the verses are explained in detail in Tamil, incorporating all aspects of traditional way of studying a kavya. 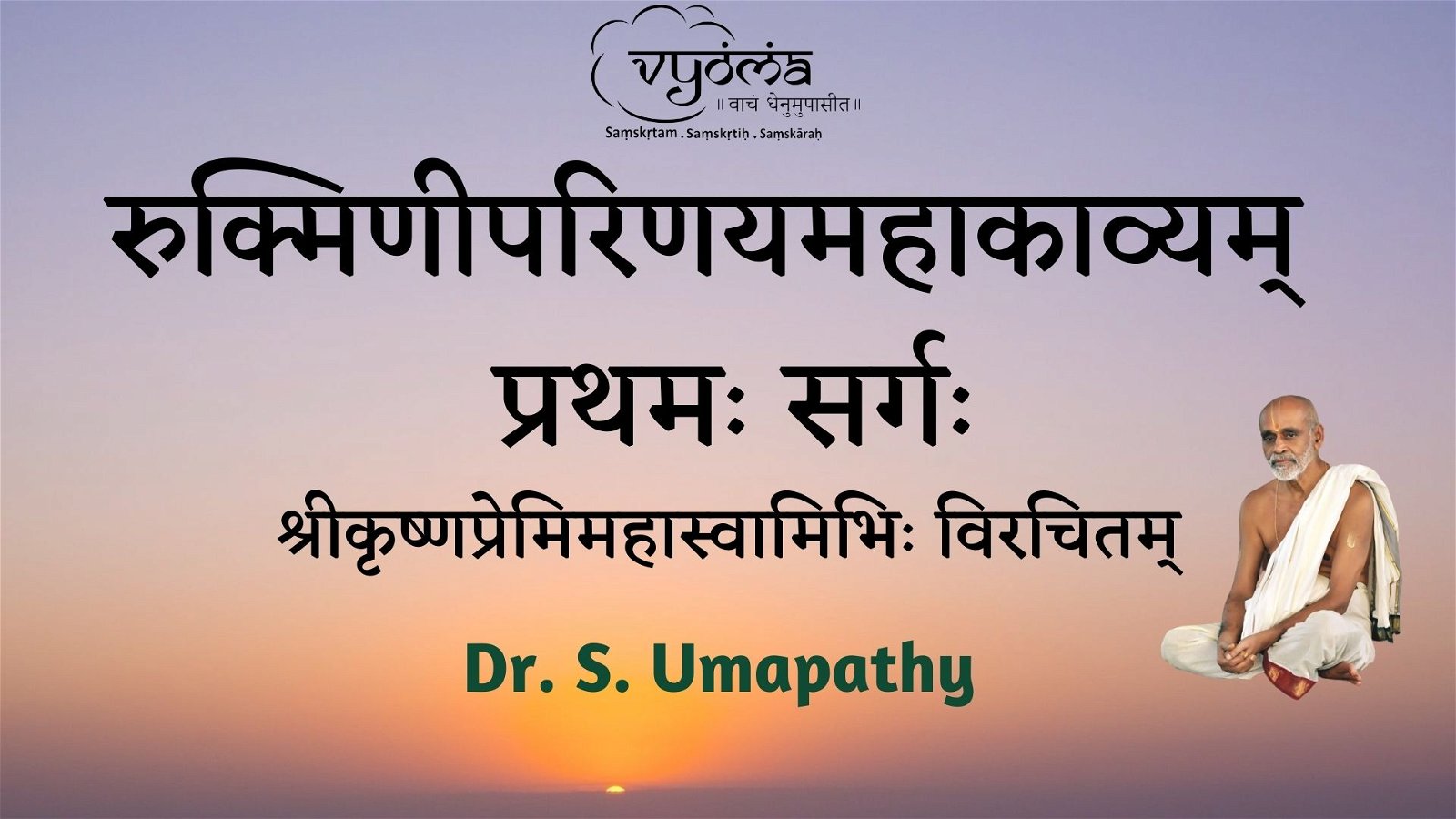 Sri Krishna Premi Swamigal is affectionately known as Sri Anna among his devotees. His spiritual discourses delight listeners and transport them to divine realms. He has authored several books on the path of devotion and the Sanatana Dharma Hindu faith, as well as interpretive works on Srimad Ramayana, Srimad Bhagavatham, Mahabharata, Bhagavad Gita, Bhakta Charitras, and the Vedas.

Rukmini Parinaya Mahakavyam is a Mahakavya in 4 sargas, centered around the marriage of Rukmini and Krishna. It conforms to the lakshanas of a Mahakavya as it has the descriptions of cities, sringara, war, rivers etc. The various figures of speech such as upama, rupaka, utpreksha etc. and various metres such as upendravajra, vasantatilaka, malini are employed. The different rasas such as sringara, vira and hasya are found to be used with enough command. It is most suitable for beginners of kavyapatha, as it is simple and elegant in style and is laden with bhakti.
First sarga of this kavya containing 91 shlokas will be covered in the course. Devarshi Narada comes to visit Rukmini and sings the glory of Krishna in her presence. Later, he visits Sri Krishna and describes to him the beauty and devotion of Rukmini.
There is no certificate offered currently for this course by Vyoma.
1. Scroll above and Click on "Enroll for Free" button.
2. If you have not signed in, you can sign in. If you are a new user, you can get a new account for free in less than 2 minutes.
3. Once you enroll, you can access all materials from your learning dashboard.
4. For any issues / questions, please check our FAQ page / contact our support team here.