This is a set of 6 audio lectures in simple Samskrita, in which Dr. Jayaraman Mahadevan explains the meaning of six suktas from the Rigveda, with insights from the Sayana Bhashya. PDF files are also provided with each sukta. It contains the text of the mantras along with the commentary of Sayanacharya. 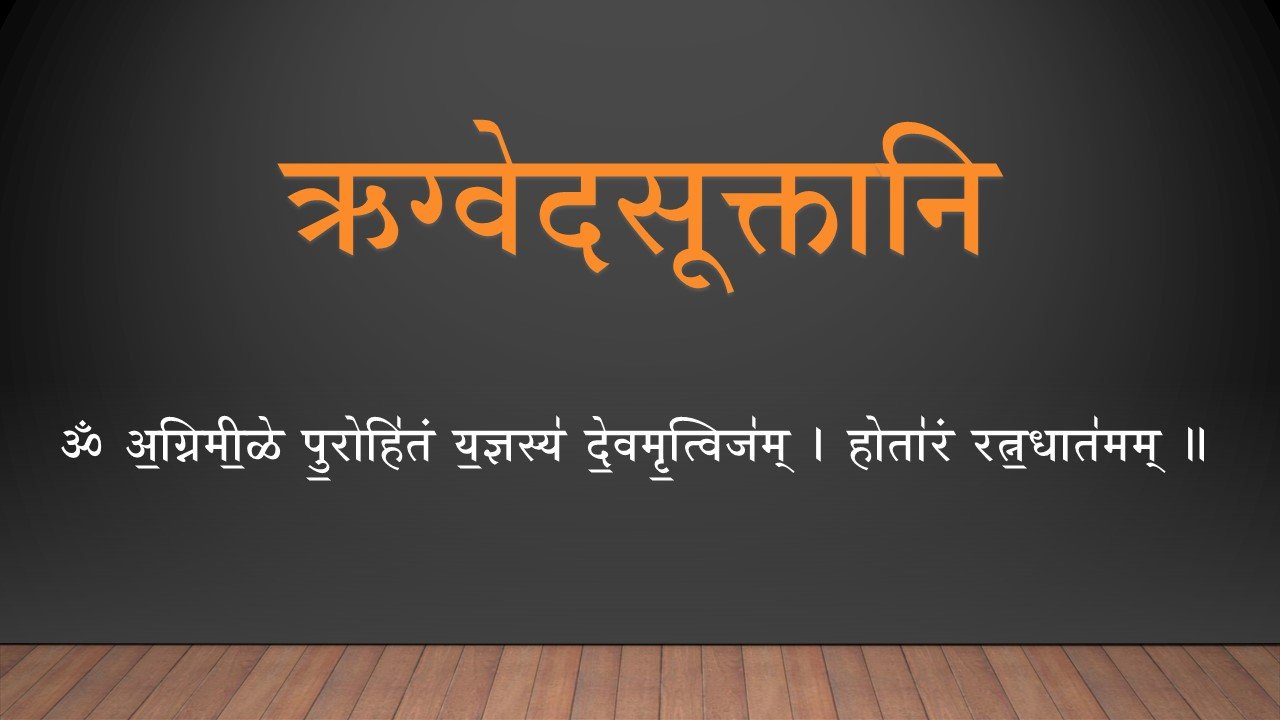 'Rigveda' is the most ancient book from Sanatana Dharma. It is counted as one of the four sacred writings. It is also one of the oldest writings in Sanskrit language. It is dated 4000-6000 years ago but on the basis of astronomical calculations it is dated back to 8000 years and some calculations date back to 10,000 years.

Rig Veda mainly contains various hymns for praying to Vedic Gods such as Agni (Fire God), Indra (The lord of Heavens), Mitra, Varuna (Water God), Surya (Sun God), etc. These hymns are called Riks. Hence the Veda is called Rik-Veda or RigVeda. This writing consists of 10 writings. The Rigveda has 1,028 hymns and 10,600 verses.
It is believed that Sri Veda Vyasa imparted his knowledge of Rigveda to Rishi “Paila” after the division of the vedas into four.

The course covers these shuktas of the Rig-veda