Nilakanthavijaya champu, composed by Nilakantha Deekshita, is a beautiful kavya glorifying the leelas of Lord Shiva, particularly the drinking of poison during Samudramathana to save the 3 worlds. First two Ashvasas of the kavya are explained in English by Smt. Visalakshi Sankaran in this course. 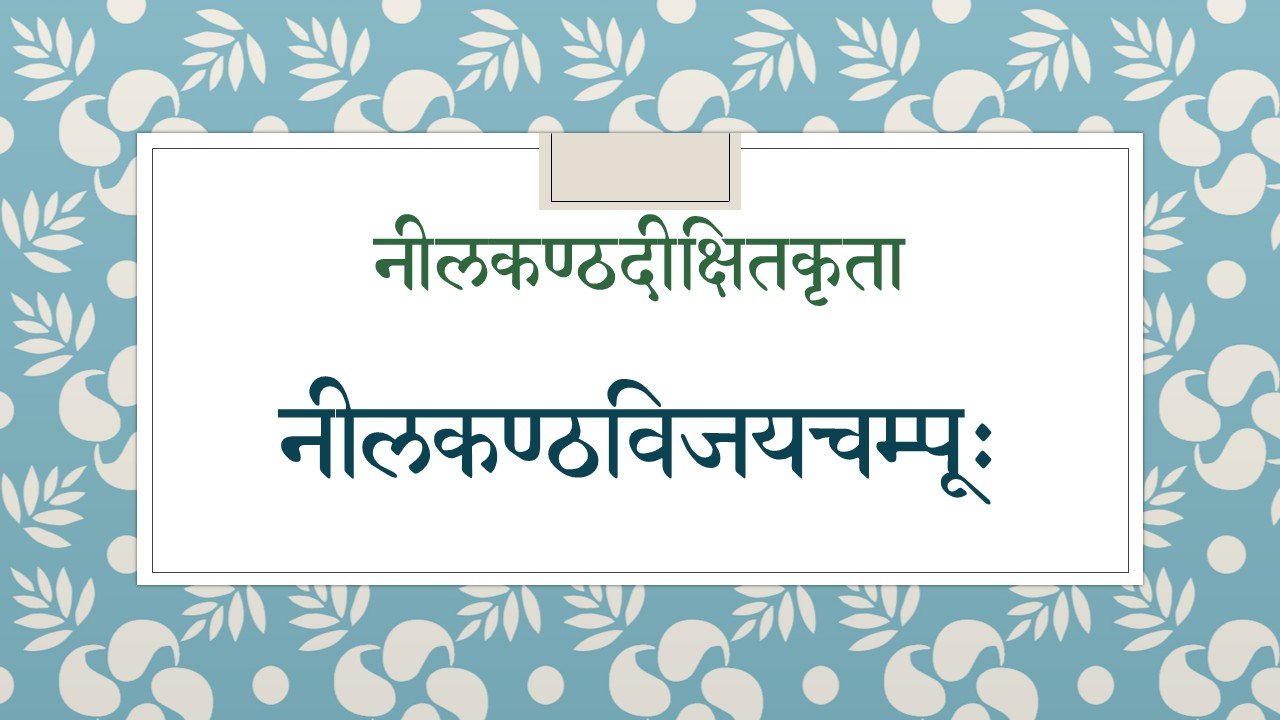 Nilakanthavijayacampuḥ is one of such great works composed by Nilakantha Dikshita of Tamil Nadu, in 17th century AD. As the title indicates, the work is a poetic expression of the great valour of Nilakantha, who is Lord Shiva. The subject of the work is derived from the Puranas, and it is none other than the great event of ‘Kshirasagara mathana’, ‘the churning of the milk ocean.’ The entire event is gracefully described in five parts, which are called Ashvasas. The Kavya starts with the beautiful descriptions of heavenly abodes and Gods, and gradually leads towards the event of churning the milk ocean by Gods and demons. There occurs a thrilling twist with the outburst of the deadly poison from the milk ocean. And then in the climax, the unequalled Lord Shiva comes to save the Gods and demons by consuming the deadly poison.The work is known for its grandeur in poetry and prose, and especially the greatness of the poet in describing the Nayaka, Lord Shiva.
This course covers the first two ashvasas of the Kavya. The first ashvasa describes the glory of Amaravati, followed by the incident of Indra being cursed by Durvasas, as a result of which the devas are routed in battle by Danavas. Amaravati comes under the control of danavas, and there is chaos everywhere. In the second ashvasa, the defeated Devas take Brihaspati’s counsel and go to Brahma’s abode to seek his help in overcoming the misfortune.
There is no certificate offered currently for this course by Vyoma.
1. Scroll above and Click on "Enroll for Free" button.
2. If you have not signed in, you can sign in. If you are a new user, you can get a new account for free in less than 2 minutes.
3. Once you enroll, you can access all materials from your learning dashboard.
4. For any issues / questions, please check our FAQ page / contact our support team here.