Natyashastra is the compendium of art that studies several branches of arts including dance, music, theatre and literature. The study of this Lakshana Grantha is of paramount importance to artists, students and experts. This course contains pre-recorded video lectures by Smt. P R Gayathri in simple Tamil, covering Chapter 1 along with the commentary by Abhinavagupta (Abhinavabharathi). 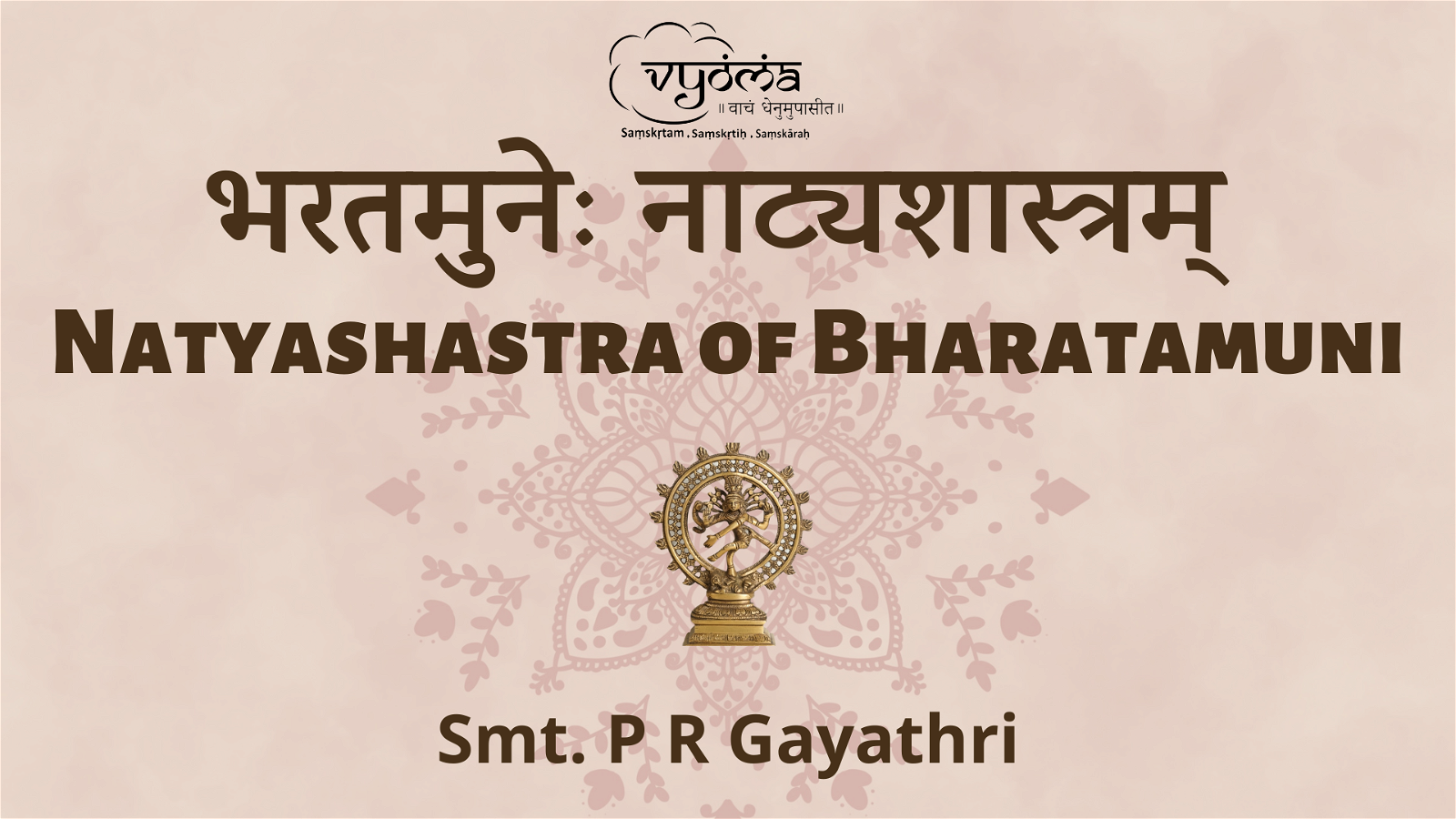 Natyashastra
The Natyashastra is a principal and primeval work on Dramaturgy. It encompasses all forms of art including music, dance, drama and literature.
The text is divided into 36 chapters encompassing concepts such as- Origin of Natya, Preliminaries to dance, Rasa, Bhava, Abhinaya, Nayakas and Nayikas, Music, rupakas etc.
The only available commentary of Natyashastra is by Abhinavagupta called ‘Abhinavabharati’.
Bharathamuni
Bharathamuni or Sage Bharatha is the author of the Natyashastra. He is often referred to as the Father of Indian drama for documenting details of all art forms in the Natyashastra. It is believed that Bharata was given the Natyaveda by Brahma who created it using aspects from the four Vedas. Upon learning the same, Bharatha and his 100 sons created and presented the first ever play.
The syllabus covers verses from Chapter 1- Natyotpatti
There is no certificate offered currently for this course by Vyoma.
1. Scroll above and Click on "Enroll for Free" button.
2. If you have not signed in, you can sign in. If you are a new user, you can get a new account for free in less than 2 minutes.
3. Once you enroll, you can access all materials from your learning dashboard.
4. For any issues / questions, please check our FAQ page / contact our support team here.