Mricchakatikam is a well-known Sanskrit play by Shudraka. The plot of the play is a love story of Charudatta, a poor brahmin, and Vasantasena, a courtesan, who live in Ujjayini. It is a ten-act play and it falls under the Prakarana category. In these lectures, Smt. P.R. Gayathri explains the concepts with exceptional clarity in lucid Tamil. 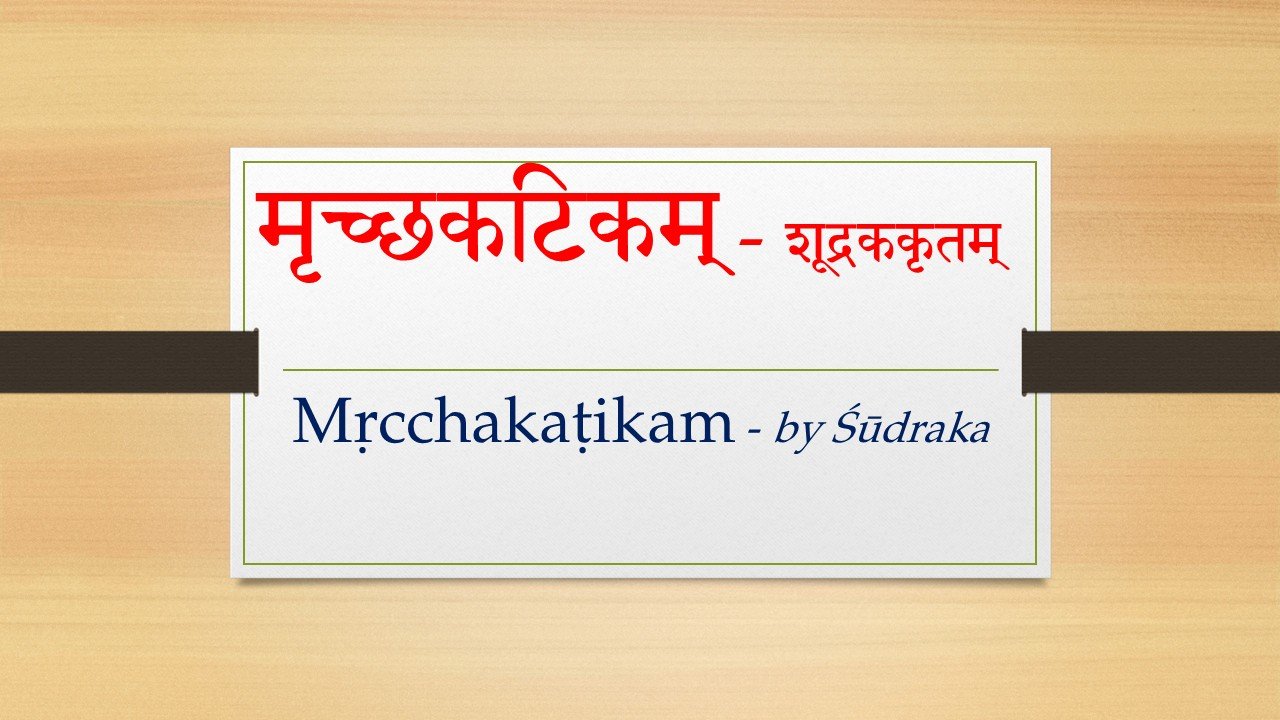 Mricchakatikam is a well-known Sanskrit play by Shudraka. The plot of the play is a love story of Charudatta, a poor brahmin, and Vasantasena, a courtesan, who live in Ujjayini. It is a ten-act play and it falls under the Prakarana category. The plot and the characters of the play are the fantasied creation of the playwright.
Charudatta, a father of a new-born child, falls in love with Vasantasena. With this affair he faces dramatic consequences due to various factors such as, poverty, socio-political impediments, theft, accusation of murder etc. However, he finally wins his love in the climax and gets himself rid of his poverty as well. The title of the play denotes a ‘toy of a clay cart‘. It is named so, as the toy gives a dramatic twist to the plot and pushes it to culminate into a positive ending. Though the plot contains many Rasas in it, Shringara is the predominant rasa.
Mricchakatikam belongs to the “Prakarana” category of rupakas and contains 10 acts. All 10 acts are explained in detail in this course.
There is no certificate offered currently for this course by Vyoma.
1. Scroll above and Click on "Enroll for Free" button.
2. If you have not signed in, you can sign in. If you are a new user, you can get a new account for free in less than 2 minutes.
3. Once you enroll, you can access all materials from your learning dashboard.
4. For any issues / questions, please check our FAQ page / contact our support team here.