Mattavilasa Prahasanam is written by the king Mahendra Vikrama Pallavan. Among the ten types of Rupakas, this is the prahasanam type which has hasya (comedy) as its main rasa. In these audio lectures, Smt. P. R. Gayathri explains the drama in simple Tamil, focusing on the dramatic elements and the beauty of language. 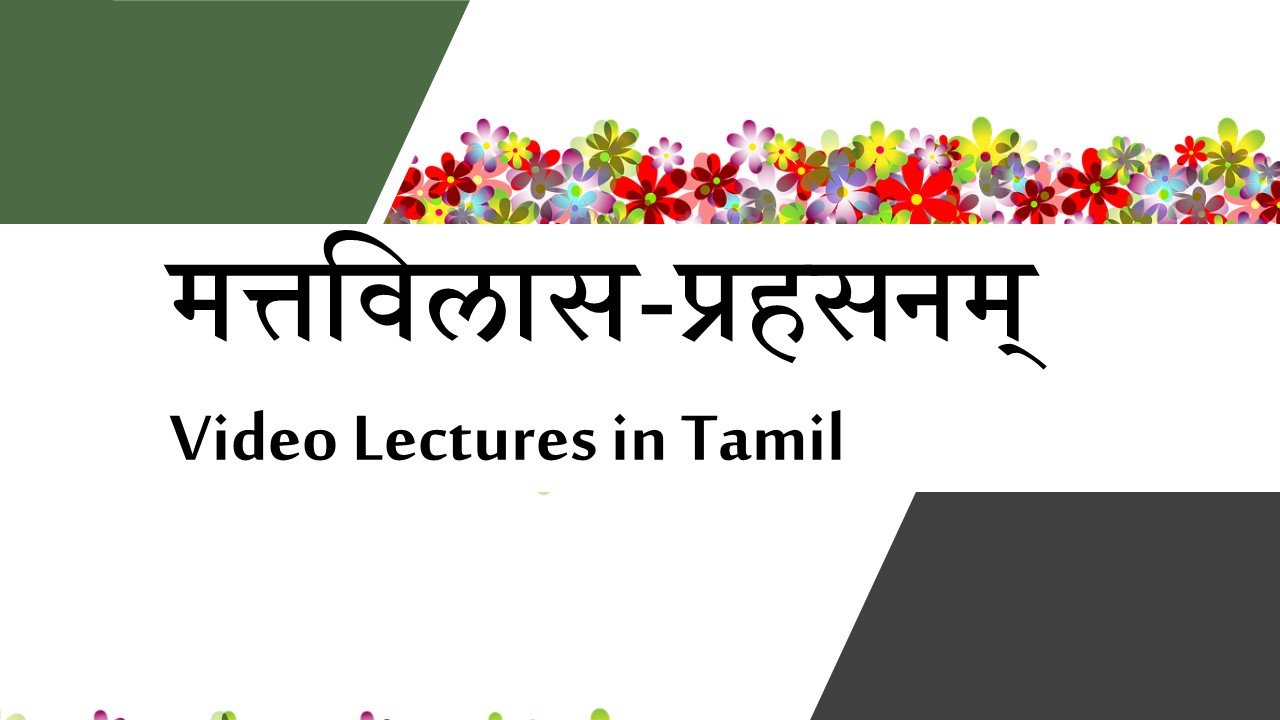 Mattavilasa Prahasanam is a short one-act comedy written by King Pallavan (571– 630CE). Among the Ten types of Rupakas, this is the prahasanam type which has hasya (comedy) as its main rasa. It is a one-act play, vastu (plot) is kavi kalpitam (imaginary), the hero is called पाखण्डि /पाषण्डः. There are only 5 characters in the play.
In the beginning of the sessions, a good introduction about the drama प्रहसन is given, then after the poet introduction, and opening shlokas, there is a prologue, where the नटी and सूत्रधार converse. Then follows the drama.
Matta means a mad person. The whole drama, set in the 7th century Kanchipuram, is a satirical comment on two religious sects who drink, eat and enjoy life in the name of god. There is a big fight between Kapalika and Buddhists. It is all for a begging bowl that belongs to Kapalika, which is thought to be stolen by the Buddhist. Towards the end, when they fight enough talking bad about each others’ religion and decide to go for justice, a madman brings it back as restored from a dog and apologies follow.
There is no certificate offered currently for this course by Vyoma.
1. Scroll above and Click on "Enroll for Free" button.
2. If you have not signed in, you can sign in. If you are a new user, you can get a new account for free in less than 2 minutes.
3. Once you enroll, you can access all materials from your learning dashboard.
4. For any issues / questions, please check our FAQ page / contact our support team here