Maneesha Panchakam - The Nature of Atman

Maneeshapanchakam, a short yet deep pentad of verses, is one of Sri Shankara Bhagavatpada's most beautiful works. In five verses, Bhagavatpada brings out the nature of the Atman in very simple and deep words. Shri. Gannavaram Lalith Adithya will explain each shloka with meaning in English. 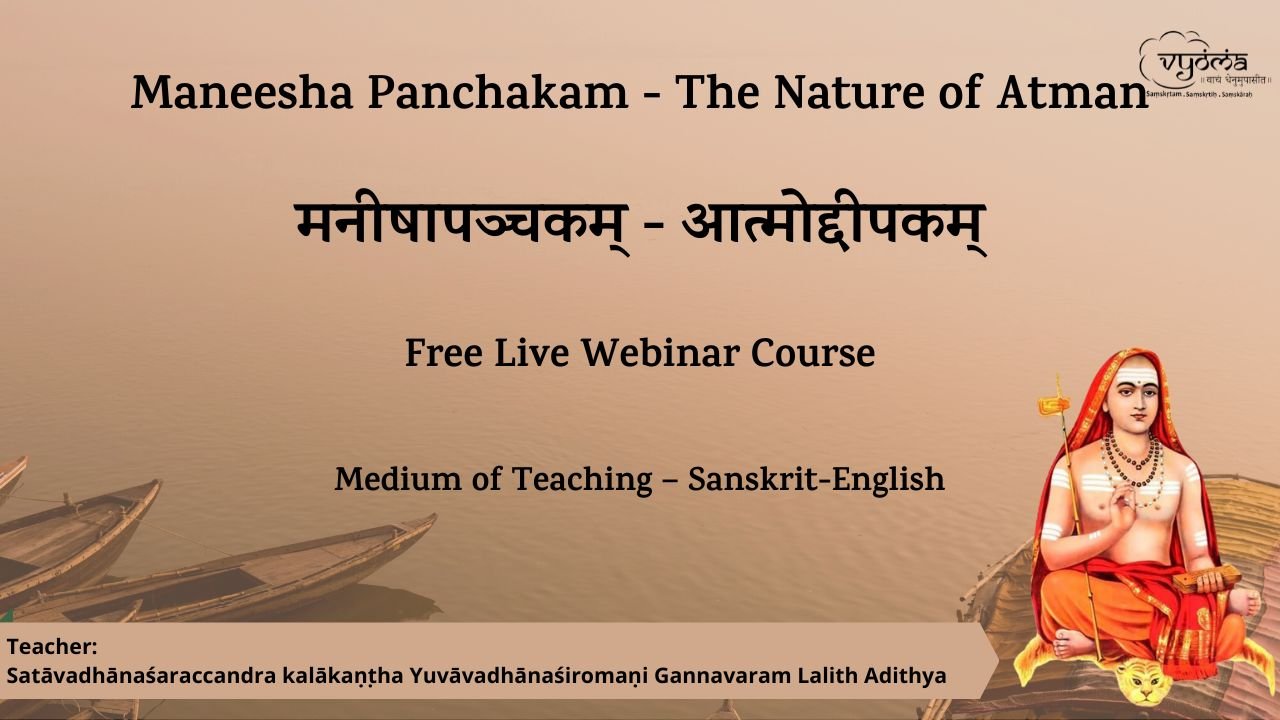 Maneesha Panchakam is one of the short and beautiful verses composed by Acharya Adi Shankara expounding the Vedanta-Tattva in just 5 simple verses. ‘Maneesha’ means ‘conviction’. In the last line of each verse, Acharya concludes by telling “This is my firm conviction” after explaining a Jyani’s way of living in this world. It is said that he composed these verses during his stay in Kashi. This is a conversation between Achary and Lord Shiva who would have come in a disguise of Chandala.

Author: Sri Adishankaracharya is one of the most prominent Acharyas of Sanatana Dharma. He took birth in Kalady and travelled across the whole Bharata 3 times expounding the Advaita philosophy across the country winning over various other scholars in vadas(debates) in a short span of 32 years. The Acharya has written extensively, starting from simple devata stotrams to the Prasthana-traya Bhashyas (commentaries on Prasthana-traya – Srimad Bhagavadgita, Brahma Sutras and 10 Principal Upanishads). He has also authored several short Prakarana granthas highlighting the concepts of Advaita Vedanta.

All the five shlokas of Maneesha Panchakam will be covered with a guidance to chant it perfectly and full meaning of each shloka will explained in detail.
There is no certificate offered currently for this course by Vyoma.