Mahishasuramardini stotra is a short work with 21 verses in praise of Goddess Mahishasuramardini (the slayer of Mahishasura). As It is a very popular work, these verses are traditionally chanted in South Indian homes during Navaratri. The work is full of shabda alankaras that add beauty. In this course Smt. Vishnupriya Srinivasan explains each verse of the stotra in detail in English.

﻿What will you gain from this course? (Key Benefits / Learning Outcomes) 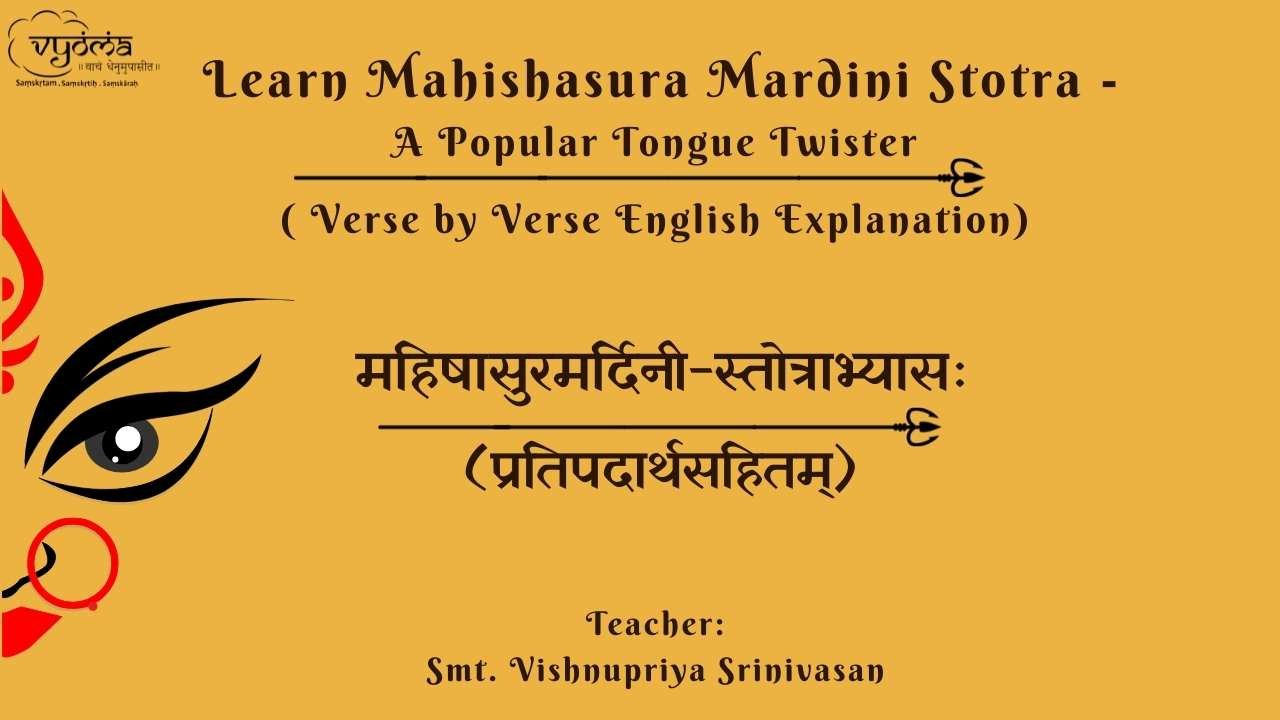 Mahishasura a rakshasa, waged war against the Devas, as the Devas and asuras were perpetually in conflict. Mahishasura had gained the boon that no man could kill him. In the battles between the Devas and the asuras, the Devas, led by Indra, were defeated by Mahishasura. Subjected to defeat, the Devas assembled in the mountains where their combined divine energies coalesced into Goddess Durga. The newborn Durga led a battle against Mahishasura, riding a lion, and killed him. Thereafter, she was named Mahishasuramardini.

This beautiful Stotram is very captivating and describes in detail her beauty, power, emotions, skills, compassion and divinity. The verses have great poetry and use various alliterations to describe the divine nature of the Goddess. By chanting the Mahishasura Mardini stotram, one can get the divine bliss, protection, and the mercy of Goddess Mahishasura Mardini, who is known for her motherhood to her devotees, supporting them throughout their lives to attain the moksha.

This course covers verse by verse explanation of complete 21 Shlokas Mahishasura Mardini stotram.
Yes, there will be an assessment conducted at the end of the course, and certificates will be issued to all students who get a minimum of 60% in the assessment.