Kunti Stuti is the first among the numerous popular stutis found in Srimad Bhagavatam. Kunti, the mother of Pandavas is overwhelmed with gratitude and emotion as Lord Krishna leaves to Dwaraka post Kurukshetra war. Upon surrendering to him, she praises him and his glories. These verses of the Bhagavatam sung by Kunti is called Kunti Stuti. They are found in the 1st Skandha, 8th Chapter, verses 18-43 of the Srimad Bhagavatam. In these pre-recorded videos, Smt. Visalakshi Sankaran explains these verses in Tamil, with the commentary Shridhariyam. 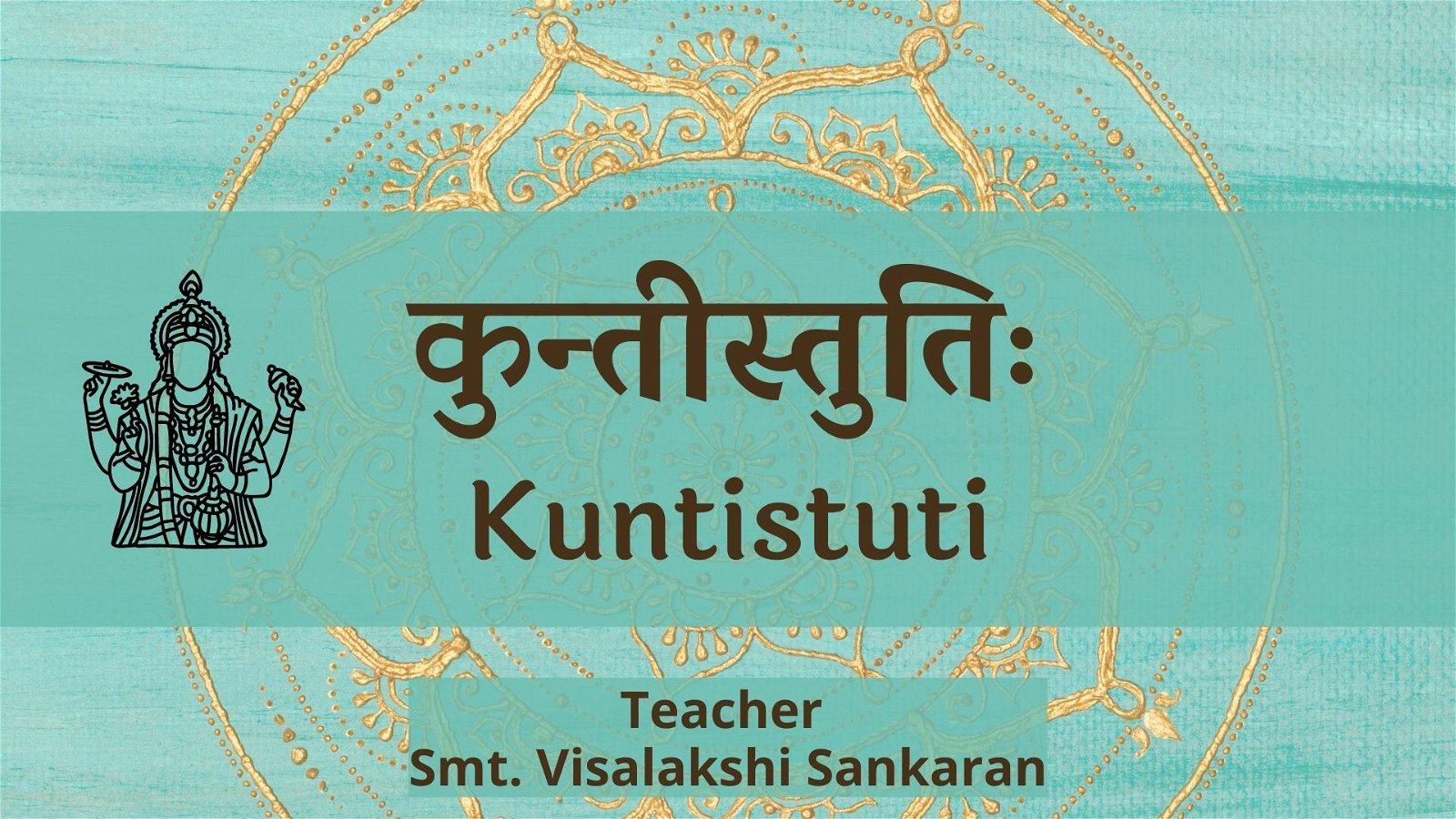 Srimad Bhagavatam
Srimad Bhagavata Puranam is one among the eighteen great puranas. The text is divided into ten cantos that consist of about 335 chapters. The number of verses in the purana are approximated at 18,000 verses. The purana, primarily about Vishnu contains several stories about the various incarnations of Lord Vishnu and narratives of various devotees, all of which come down to the central theme of Bhakti.
Srimad Bhagavata stutis are praises on Lord Vishnu composed by several devotees. These Stutis describe the various avataras of Lord Vishnu and praise his virtues. It is believed that there are over a hundred stutis in the Bhagavatam.
Kunti stuti is the first among the stutis that is composed and recited by Kunti – the mother of Pandavas as Krishna leaves to Dwaraka.
26 verses of Kunti Stuti from 1st Skandha (Chapter 8, verses 18-43) of Srimad Bhagavatam.
There is no certificate offered currently for this course by Vyoma.
1.Scroll above and Click on "Enroll for Free" button.
2.If you have not signed in, you can sign in. If you are a new user, you can get a new account for free in less than 2 minutes.
3.Once you enroll, you can access all materials from your learning dashboard.
4.For any issues / questions, please check our FAQ page / contact our support team here.