Kaumudimahotsava is a drama written in the middle of the seventh century CE, by Queen Vijayabhattarika (Vijjaka) of Karnataka. This drama is unique in that it is one of the few known works of Sanskrit literature composed by a female author. It consists of 5 acts. In this course, Smt. Visalakshi Sankaran teaches the first two acts in Tamil. 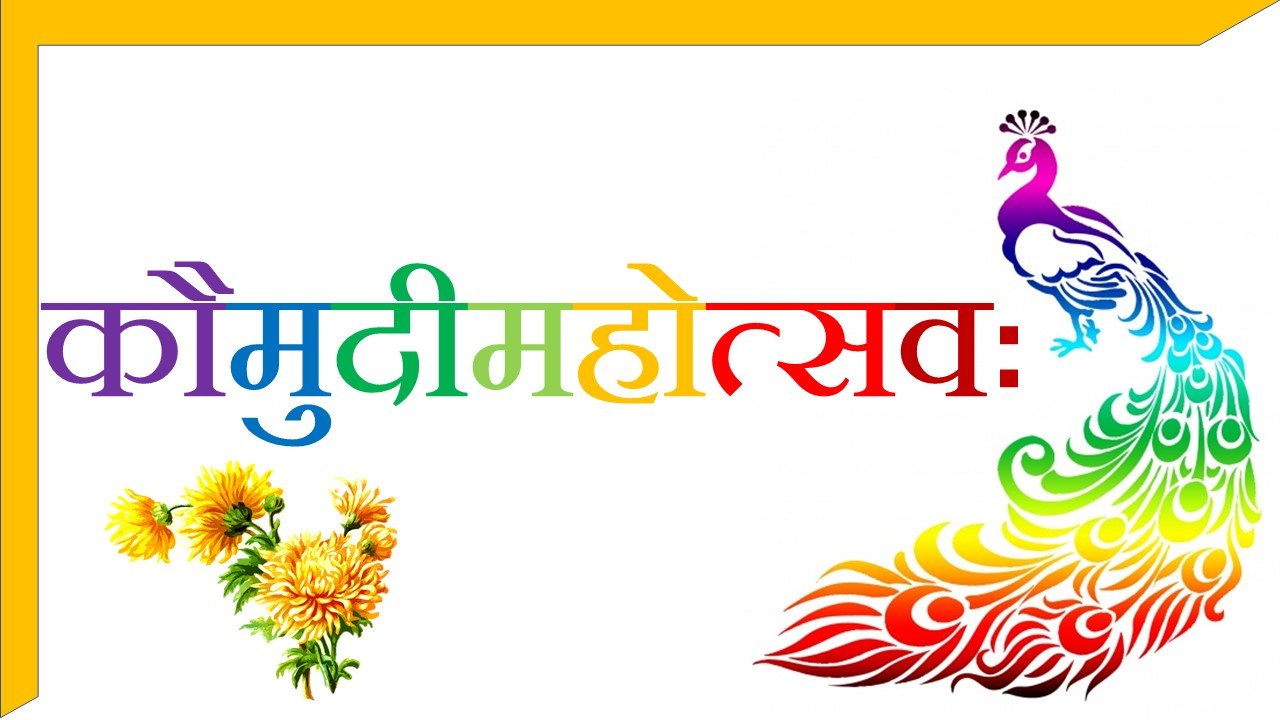 Kaumudi mahotsava is a drama written in the middle of the seventh century CE, by Queen Vijayabhattarika (Vijjaka) of Karnata. This drama is unique in that it is one of the few known works of Sanskrit literature composed by a female author. Spanning five acts, this drama falls under the category of nataka, closely following the rules of dramaturgy laid down in Bharata’s natya shastra. The plot of the drama is based on the political climate of the era, revolving around the power struggle within the royal family of Magadha. The poetess beautifully weaves the romance between the protagonists Kalyanavarman and Kirtimati, into the main plot of Kalyanavarman’s acquisition of the kingdom, thus showcasing the interplay between srngararasa and virarasa.
The first and second acts of this nataka are prescribed for study as part of the Karnataka Sanskrit University’s syllabus for first year BA Sanskrit students. The storyline of the first act begins with Kalyanavarman, the rightful heir to the Magadha empire, living incognito as a student in the hermitage of Jabali. While he plans to rescue his kingdom with the help of his minister Mantragupta from the clutches of the tyrant Chandasena, he meets Kirtimati, the princess of Mathura, and they fall in love. In the second act, Kirtimati’s confidante, the court jester, and a female mendicant discuss the lovers’ mutual longing and decide to unite them. The ascension of Kalyanavarman to the throne without any bloodshed and his marriage to Kirtimati form the rest of the story.
There is no certificate offered currently for this course by Vyoma.
1. Scroll above and Click on "Enroll for Free" button.
2. If you have not signed in, you can sign in. If you are a new user, you can get a new account for free in less than 2 minutes.
3. Once you enroll, you can access all materials from your learning dashboard.
4. For any issues / questions, please check our FAQ page / contact our support team here.