This is a Pre-recorded free video course on the kavya Kalividambanam, a satire written by Nilakantha Dikshita ridiculing the 17th century society. In these lectures, Ms. P.R. Gayathri explains the 100 verses of the kavya in simple Tamil, focusing on the the beauty of the Sanskrit language and the depth of the content of Kalividambanam with its satirical aspects. 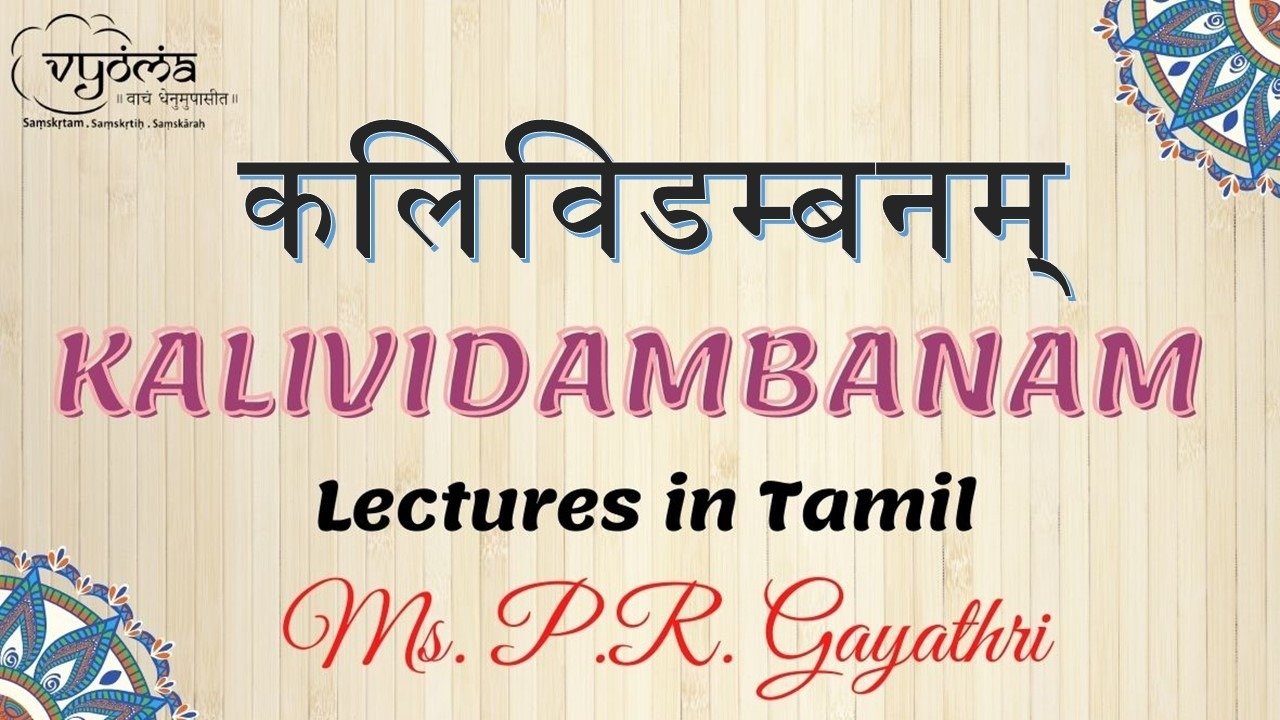 This is a brilliant yet short work of 100 verses, all these are composed in the Anushtup metre. As the name suggests, it ridicules the many ills of kali yuga in a satirical way. Its uniqueness is best understood by comparing it with, say, the ‘kalimahima’ section of Subhashita-ratna-bhandagara, an anthology of subhashitas, or the ‘kalidharma-vipaka’ parts found in numerous puranas. Nilakantha Dikshita was a candid social commentator and Kalividambanam projects amazing insights about society, presented with lively humor. It ridicules traditional scholars, teachers, doctors, and astrologers – basically everyone with unacceptably corrupt conduct. Nilakantha Dikshita is one among the finest Sanskrit poets in whom we find a synchronization of both erudition and creativity. Idiomatic expressions were his strength. His erudition is extraordinary – his works on shastras bear testimony to this. All these abilities have turned Nilakantha Dikshita into a giant among Sanskrit poets. He lived in the first half of the 17th century C.E., in the Madurai province of Tamil Nadu. He was under the patronage of Tirumala Nayaka, the ruler of Madurai. It can be established that he was born in the year 1613. His parents were Narayana Dikshita and Bhumidevi. They were Shaiva Brahmanas. Nilakantha Dikshita was born into a family of scholars well-versed in grammar, epistemology and philosophy.
102 verses of Kalividambanam will be covered in the course.
There is no certificate offered currently for this course by Vyoma.
1. Scroll above and Click on the "Enroll for Free" button.
2. If you have not signed in, you can sign in. If you are a new user, you can get a new account for free in less than 2 minutes.
3. Once you enroll, you can access all materials from your learning dashboard.
4. For any issues/questions, please check our FAQ page / contact our support team here.