Kadambari of Banabhatta is one of the most popular prose kaavyas of Sanskrit, exemplifying the best of both imagination and description of the poet. In this course, the text is explained line-by-line in simple Tamil. 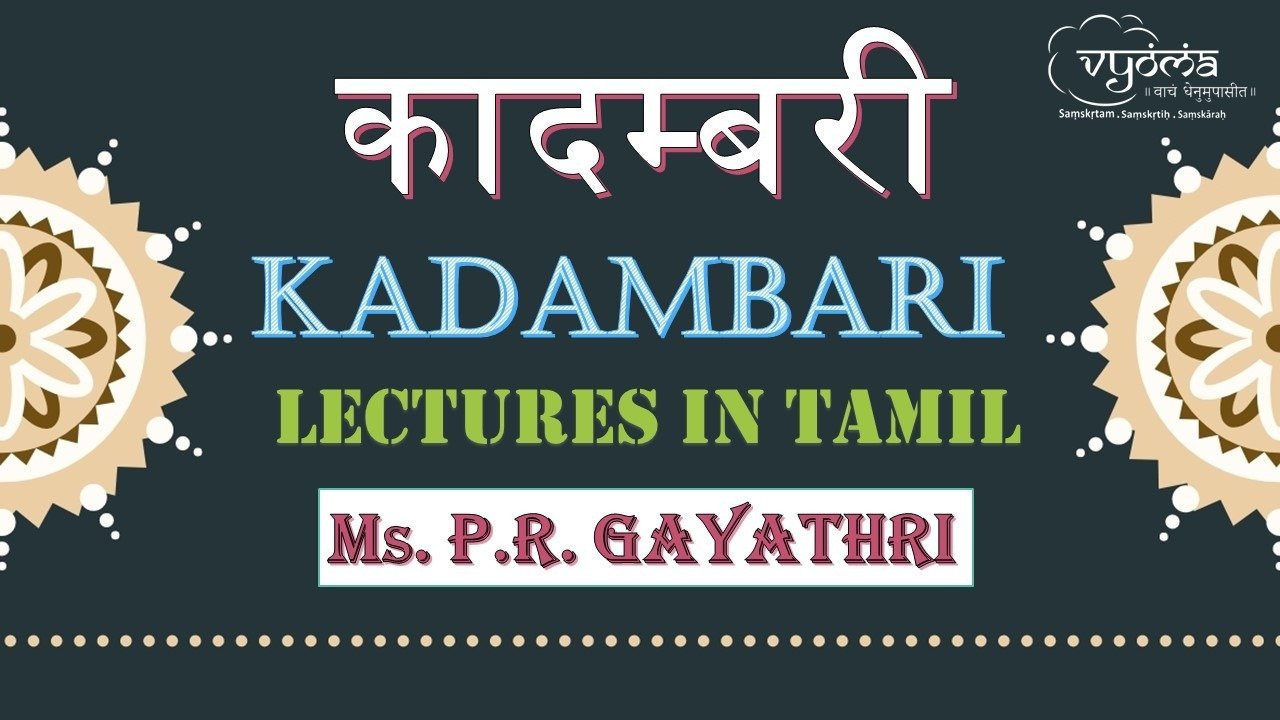 Kadambari is the masterpiece of Banabhatta and is the most popular gadyakavya of Samskrita. Bana weaves a magical tale spanning several births of multiple characters, fascinating both from the point of view of the story and the language. The descriptive powers of Bana are in full flow in this epic novel, giving rise to the adage “बाणोच्छिष्टं जगत्सर्वम्” (The entire world is nothing but chewed remnants left behind by Bana). Truly it is said, “कादम्बरीरसज्ञानामाहारोऽपि न रोचते” (Those who have known the taste of Kadambari do not even like their food).

The storyline of Kadambari is inspired by Gunadhya’s Bruhatkatha. Kadambari mainly focuses on the three characters- Shudraka, parrot and horse respectively Chandrapida, Vaishampayana and Kapinjala in the previous births. The poet narrates the story of a Shuka (parrot) and how a sage namely Pundarika was reborn as Vaishampayana, minister of a king Chandrapida and then by the curse of Mahashveta, took birth as a parrot. This Kavya sheds light on the great love of Pundarika towards Gandharva kanya Mahashveta and the struggle of multiple births to attain a life with her. Poet also weaves a story of King Chandrapida and his eternal love for the Gandharva kanya Kadambari, extended through several births. Very well known “Shukanasopadesha” is also a part of this gadya kavya.

This course covers the original text of Kadambari with line by line explanation.