Dashakumaracharitam is one of the most popular Gadyakavyas of Sanskrit, authored by the great poet Dandin. It is an akhyayika type of prose, with a purely imaginary plot, narrated in an extraordinarily engaging manner by the poet. As the name suggests, it involves the adventures of ten young men, led by the prince Rajavahana. In these audio lectures, Smt. Visalakshi Sankaran explains the Purvapeethika portion of the text. She brings out the beauty of prose in easy Tamil, creating a simple path through the dense gadyas. 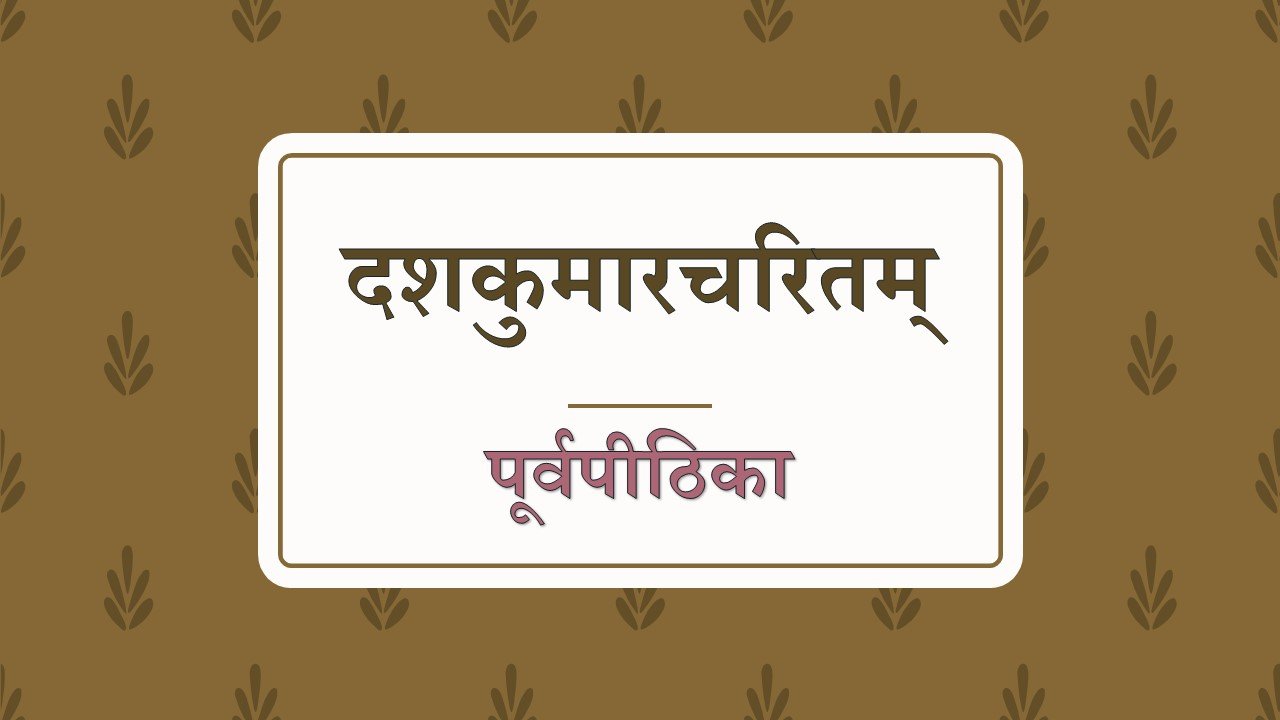 Dashakumaracharitam is one of the most popular Gadyakavyas of Sanskrit, authored by the great poet Dandi. It is an akhyayika type of prose, with a purely imaginary plot, narrated in an extraordinarily engaging manner by the poet. As the name suggests, it involves the stories of ten young men, led by the prince Rajavahana. The group of young men sets out on a victory expedition, and they get separated along the way. They each have their own adventure, which is narrated upon their uniting again with Rajavahana.
The Dashakumaracharitam is divided into 3 parts –

Purvapithika portion of this work is prescribed in the syllabus of first year Sastri by RSVP Tirupati. The whole work is again divided into different ucchvasas and Purvapithika ends at the fifth ucchvasa. This gadya kavya begins with the description of the city of Pushpapuri and its king Rajahamsa, his wife, ministers etc. Then there is a battle declared by Magadha and things go wrong. Later the royal couple meet again. The queen is pregnant meanwhile and gives birth to a boy. The ministers also get their sons. Rajavahana sets out seeking an adventurous journey along with his friends and after various interesting events, Rajavahana meets Avantisundari, both fall in love remembering their previous births. Later they both get married, where the prologue ends.
There is no certificate offered currently for this course by Vyoma.
1. Scroll above and Click on "Enroll for Free" button.
2. If you have not signed in, you can sign in. If you are a new user, you can get a new account for free in less than 2 minutes.
3. Once you enroll, you can access all materials from your learning dashboard.
4. For any issues / questions, please check our FAQ page / contact our support team here.