Daily parayanam of Vishnu Sahasranama and Lalita Sahasranama in the evenings after lighting the lamp was a ritual followed by many families even a couple of generations ago. If not daily, atleast weekly parayana on a specific day of week is known to be a highly beneficial activity for individuals and family as a whole. Vyoma Labs is trying to bring back this powerful routine to every home, by empowering devotees to chant these stotras correctly and derive their full benefits. This course helps the devotees to learn to chant the Lalita Sahasranama Stotram. 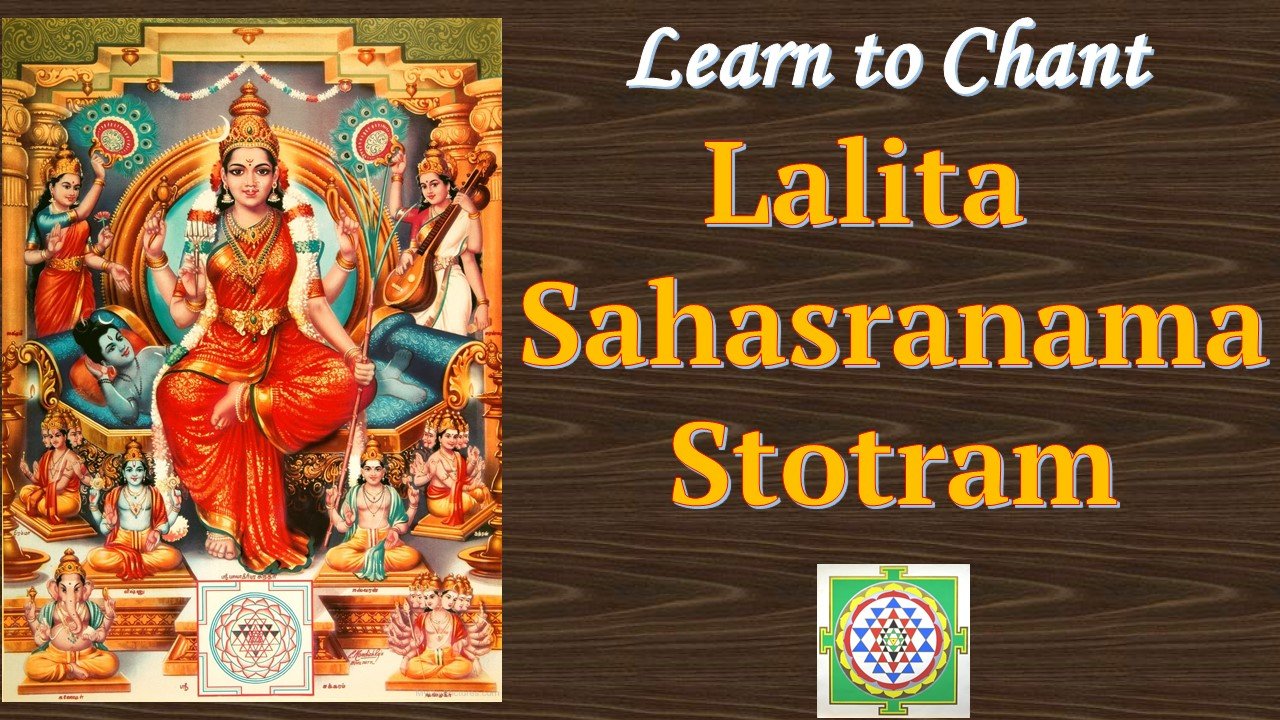 Lalita Sahasranama the thousand names of the Hindu mother goddess Lalita, is a Hindu text from the Brahmanda Purana. It is the sacred text for Hindu worshippers. Goddess Lalita Devi, manifestation of the Divine Mother (Shakti) is praised in this text. Therefore, the text is used in the worship of Durga, Lakshmi, Saraswati as well. This text names the goddess’s many qualities in the form of names organized in a hymn. A main text of Shakti devotees is used in various modes for the worship of the Mother like parayana (recitations), archana, and homa. It is said that the Lalita sahasranama is composed by the Eight vaag devis (Vasini, Kameshvari, Aruna, Vimala, Jayani, Modini, Sarveshvari, and Kaulini) upon the command of the goddess Lalita herself. This stotra occurs in the Brahmanda Purana in the chapter of discussion between Hayagriva and Sage Agastya.