This course covers the Dhaatvarthaprakarana of the Vaiyaakaranabhushanasaara, a popular aarthika-text in the Paninian Vyakarana tradition. This chapter discussed views of various other traditions like Nyaya and Meemamsa regarding the meaning of the kriyapada, and the components therein (Dhatu and pratyaya). The karikas of the text and the explanation are covered line-by-line with Sanskrit explanation. 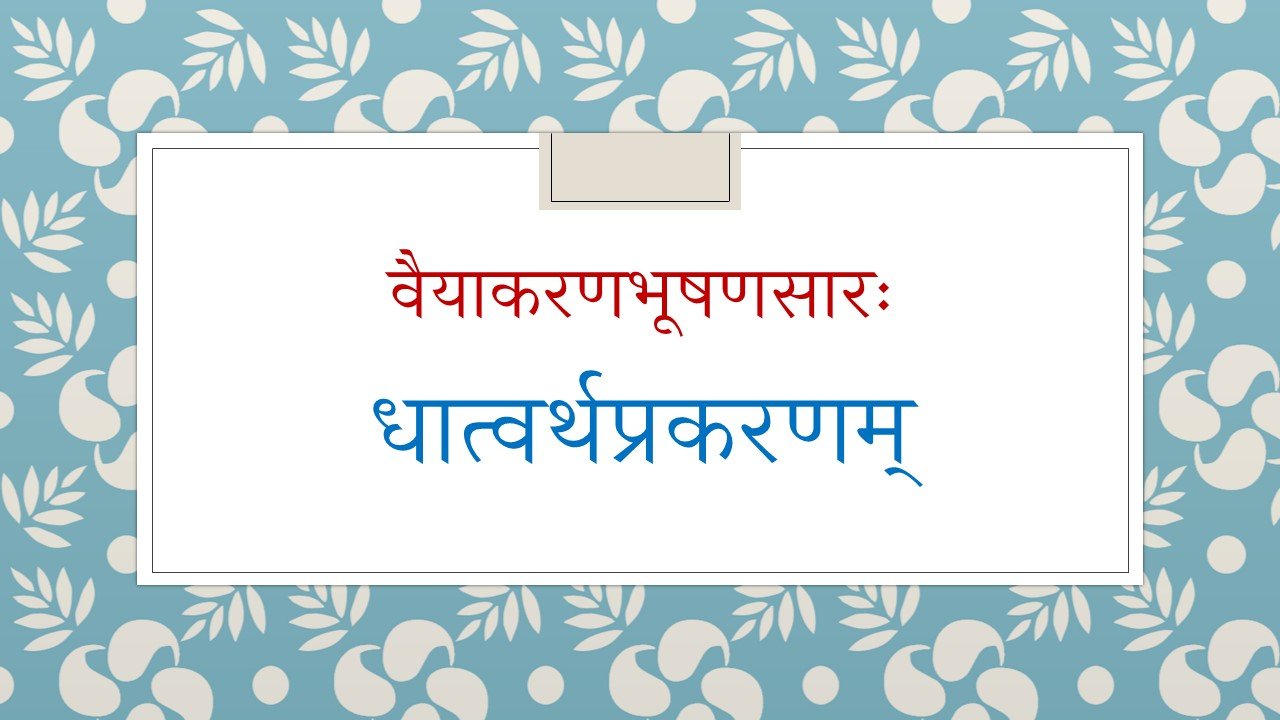 Paninian grammar consists of three types of books. They are प्रक्रिया and आर्थिक/दार्शनिक. Kashika and siddhanta kaumudi fall in the Prakriya category of grammar texts which are widely studied.
Aarthika texts are वाक्यपदीय, वैयाकरणभूषण, वैयाकरणभूषणसार, लघुमञ्जूषा. These texts focus on the interpretation of words and sentences, based upon the learned discussions on that subject introduced in the Mahabhashya, Vakyapadiya and Pradipa etc.
Vaiyakarana Bhushana Sara is a well-known work on the grammatical interpretation of words written by Kondabhatta for facilitating the understanding of students and beginners. First book that was written by him is Vaiyakaranabhushana which is also known as Bruhadvaiyakarana bhushana. It is an explanatory work on the small work in verse consisting of only 72 Karikas. They are written by his uncle and great scholar Bhattoji dikshita which are known as Vaiyakaranasiddhantakarika.
Vaiyakaranabhushanasara is a slightly abridged form of the Vaiyakaranabhushana, it consists of the same number of fourteen chapters as the main treatise, which are named as Nirnaya.
This course covers the Dhaatvarthaprakarana of the Vaiyaakaranabhushanasaara.
There is no certificate offered currently for this course by Vyoma.
1. Scroll above and Click on "Enroll for Free" button.
2. If you have not signed in, you can sign in. If you are a new user, you can get a new account for free in less than 2 minutes.
3. Once you enroll, you can access all materials from your learning dashboard.
4. For any issues / questions, please check our FAQ page / contact our support team here.