A basic level course based on Samskrita Balapathamala 1,2,3 of Sri Krishnapremi Swamigal, Paranur. The course aims to help you learn Sanskrit, by introducing basic shabdas and dhatus through simple lessons on various deities and Bhagavata Upakhyanas. The other important aspects of the Samskrta language viz lingas, vibhaktis, vachanas and lakaras are explained as per requirement. 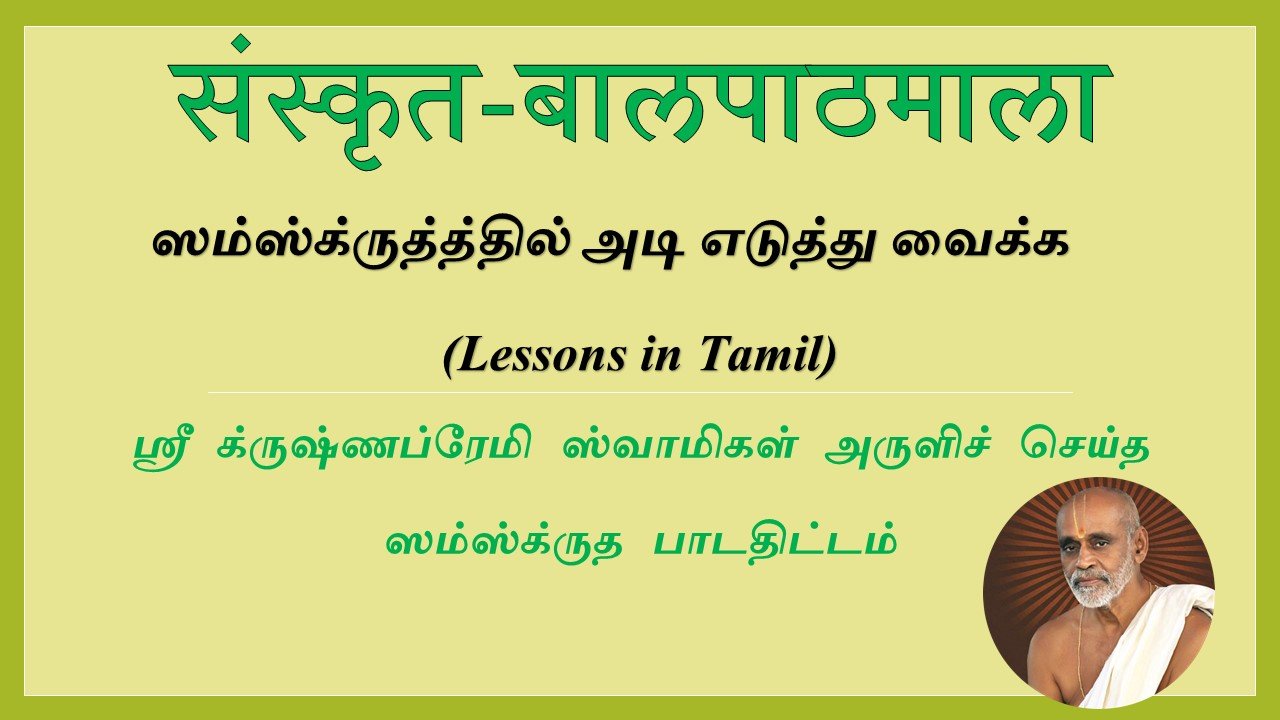 Samskrita Balapathamala is a set of 3 books composed by Sri Sri Anna, with an intention to teach Sanskrit through Tamil medium, with the background of devotional stories. They introduce learners to basic vocabulary, various vibhaktis and lakaaras.
Sri Krishna Premi Swamigal is affectionately known as Premi Anna among his devotees. His spiritual discourses delight listeners and transport them to divine realms. He has authored several books on the path of devotion and the Sanatana Dharma Hindu faith, as well as interpretive works on Srimad Ramayana, Srimad Bhagavatham, Mahabharata, Bhagavad Gita, Bhakta Charitras, and the Vedas.
He has written over one hundred thousand shlokas and has also composed thousands of devotional songs. His works continue to inspire modern day scholars and researchers. People who see him, interact with him, and access his body of knowledge realize special meaning in their lives.
To know more about Sri Sri Anna click here http://srisrianna.com/
The text of the Samskrita Balapathamala (Part 1, 2 and 3) will be covered in this course.
There is no certificate offered currently for this course by Vyoma.