Atmarpana Stuti, also known as Unmatta Panchashat, is one of the popular stotras composed by the stalwart scholar-poet Sri Appayya Dikshita. It consists of 50 verses set to various meters, in praise of Lord Shiva. In these pre-recorded video lectures, Smt. Visalakshi Sankaran explains these verses beautifully in simple Tamil, bringing out the finer points with the help of the commentary Balabodhini by Sri Shivanandayati. 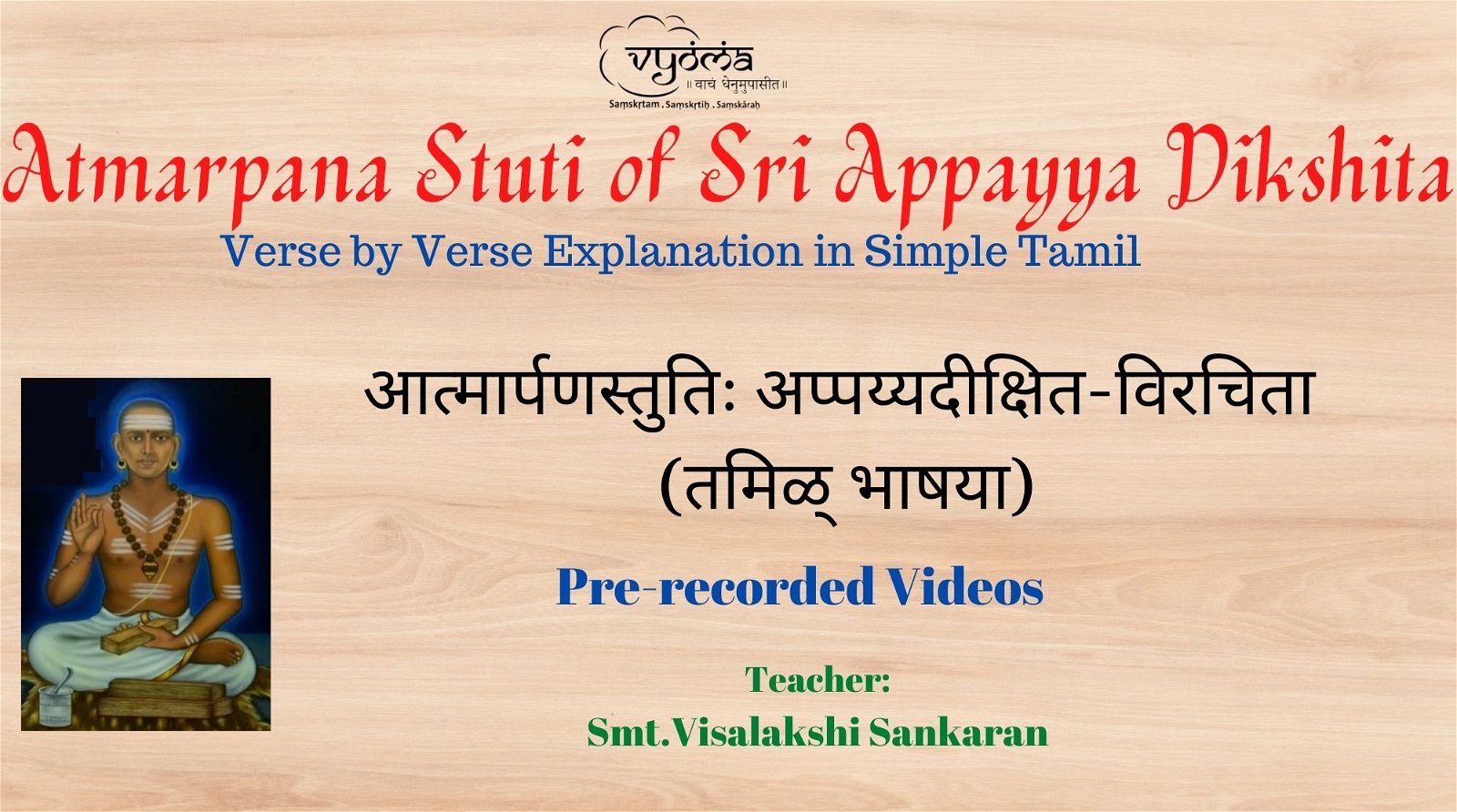 Atmarpana Stuti means the complete Surrender of the self to the Supreme. This stotram is otherwise known as Unmatta Panchashat. As the name indicates it is composed in Unmatta Sthiti or intoxicated state. Sri Appayya Dikshitendra, a staunch devotee of Lord Shiva and strong practitioner of advaita school of Philosophy, once with an intention to test his devotion to the lord, swallowed the juice of ‘datura’ fruit which creates intoxication. He asked his disciples to note down whatever he says during that state and give him the detoxification medicine after some time. At this state came forth the Unmatta Panchashat or Atmarpana Stuti, in the form of 50 beautiful verses on Lord Shiva.
Srimad Appayya Dikshita, who lived in 16th century CE, is one of the most venerated scholars who was an expert in multiple fields such as Advaita Vedanta, Shaiva siddhanta, Sahityashastra, Vyakarana Shastra, etc. Born in Adayapalam village of Tamilnadu, he has composed over 100 masterpieces, ranging from small stotras to expansive commentaries.
Entire stotram (50 verses) are covered in detail, with the commentary Balabodhini of Sri Shivananda yati.
There is no certificate offered currently for this course by Vyoma.
1.Scroll above and Click on "Enrol for Free" button.
2.If you have not signed in, you can sign in. If you are a new user, you can get a new account for free in less than 2 minutes.
3.Once you enroll, you can access all materials from your learning dashboard.
4.For any issues / questions, please check our FAQ page / contact our support team here.